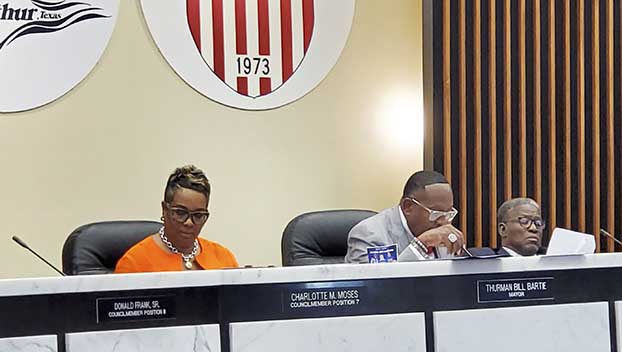 Port Arthur City Council on Tuesday approved the hiring of Terry Stokes as the new CEO for the Port Arthur Economic Development Corporation.

The PAEDC board approved an agreement with Stokes for professional services and employment as CEO of the corporation during the Oct. 3 meeting pending approval by council.

Two PAEDC board members in attendance at the meeting declined to give a comment to Port Arthur Newsmedia on the hiring of the new CEO.

Stokes was not at the meeting.

Councilman Cal Jones said he has heard good things about Stokes from the current PAEDC interim director. His hopes for the organization, as it moves forward with a new leader, are to continue to do what they’ve been doing.

He harkened back to a previous director, Floyd Batiste, who was with the PAEDC for 17 years, saying Batiste got things done.

Stokes is from Yoakum, Texas, and serves as the executive director of the Yoakum Economic Development Corporation, according to information from the city.

In total, 18 people applied for the position.

Members of the PAEDC’s search committee — Jerry LaBove, Beverly Raymond and Christopher Smith — then ultimately narrowed the number to two before deciding on a finalist in late September.