Cause of house fire behind local marching band competition under investigation 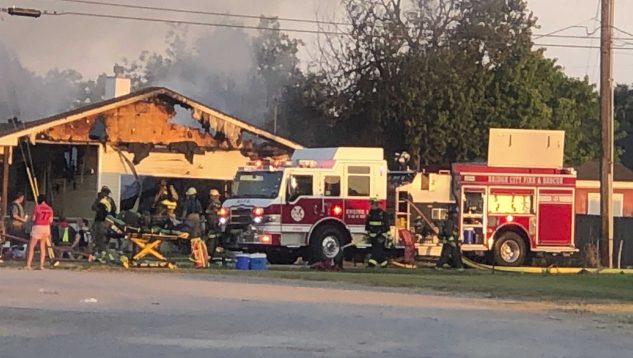 A home in the 400 block of Bower Drive in Bridge City is a total loss after a fire Saturday. (Monique Batson/The News)

BRIDGE CITY  — The cause of a blaze that destroyed a house in Bridge City is under investigation.

The call regarding the fire came in at approximately 5 p.m. Saturday for the house in the 400 block of Bower Drive.

Two adults were in the home at the time of the fire. Two dogs and a cat survived, and one dog is unaccounted for, she said.

Chatagnier said the house is a total loss.

Officials have notified Red Cross to assist the residents.

No injuries were reported, and the cause is under investigation by Fire Investigator Elgin Browning.

Chatagnier said the scene was cleared at approximately 11 p.m.