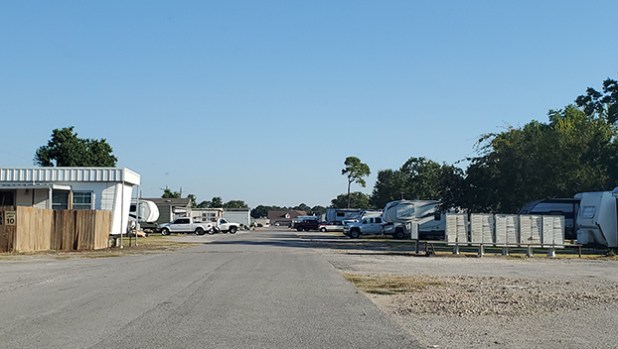 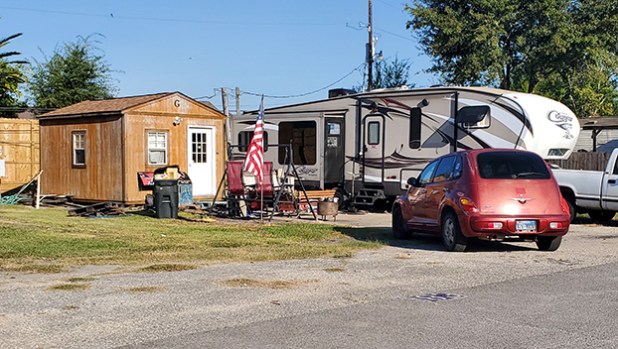 A woman was killed and a man shot and injured before Port Neches police shot and killed the alleged suspect Wednesday night at Lloyd’s RV Park. (Mary Meaux/The News) 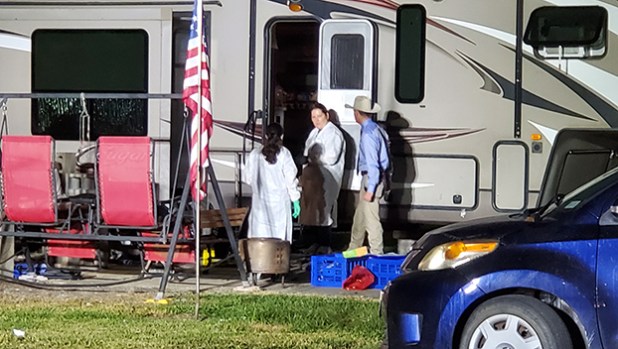 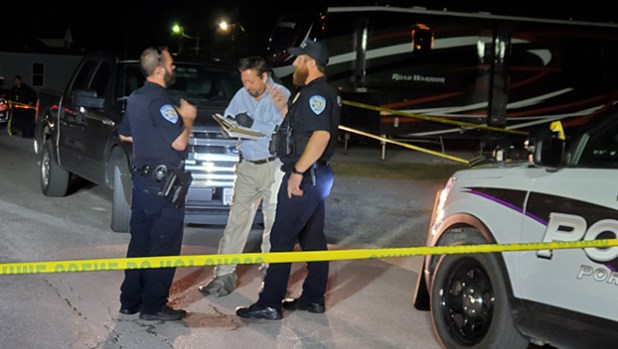 Chief of Police Paul Lemoine said the deceased victim from the shooting is 29-year-old Laurie Marie Frederick of Port Neches.

The deceased suspect has been identified as 56-year-old Ronald Dunigan Burdine of Nederland.

The injured victim has been identified as 53-year-old Kevin Troy Frederick, who police said is the father of Laurie Frederick. Lemoine said on Friday the injured man was out of surgery and recovering.

This shooting remains under investigation by the Texas Rangers and Port Neches Police Department.

When gunshots rang out at Lloyd’s RVC Park, a mother called 9-1-1 while getting her children and herself to safety.

The woman, who asked not to be named when speaking with Port Arthur Newsmedia, said she heard the first gunshot Wednesday night then a scream from her neighbor’s trailer. She then heard another gunshot along with what she described as a blood-curdling scream before all went quiet.

At the time, she was unaware three people had been shot — one by a Port Neches Police Department officer.

And once the gunfire ceased, a woman was dead, a man was injured and the alleged shooter was dead after being shot by a responding officer.

According to information from the Port Neches Police Department, the woman’s call came in at 8:07 p.m. The first officer to respond reported seeing Frederick with a gunshot wound lying in the grass. As the officer approached the victim to render aid, police said Burdine exited a trailer and fired one round at the officer.

With use of a ballistic shield, officials were able to reach Frederick. While returning to a safe position, PNPD said, Burdine emerged and pointed a gun at the first responders.

One of the officers who arrived to assist fatally shot Burdine.

When officers approached the man to render aid, PNPD said, they found Laurie Marie Frederick dead by gunshot inside the trailer.

A 13-year-old girl was also in the residence, but not said to be injured. Lemoine said the girl is with a family member.

As the neighbor recalled the event, she said prior to the shooting the female victim had pulled up in her vehicle with the alleged shooter pulling up shortly behind her. The two exchanged words before the suspect entered the mobile home.

The scene Thursday morning was vastly different from about 12 hours earlier. Few people were outside in the daylight.

But on the previous night at 10:30 p.m. there were two Port Neches Fire Department trucks lighting the area and numerous police and other related vehicles. Port Neches Police Chief Paul Lemoine described the altercation as domestic in nature.

The officer who fired the fatal shot has been put on paid administrative leave during the investigation, PNPD said Thursday morning.

Autopsies will be handled through the office of Justice of the Peace Marc DeRouen.

— Mary Meaux contributed to this report