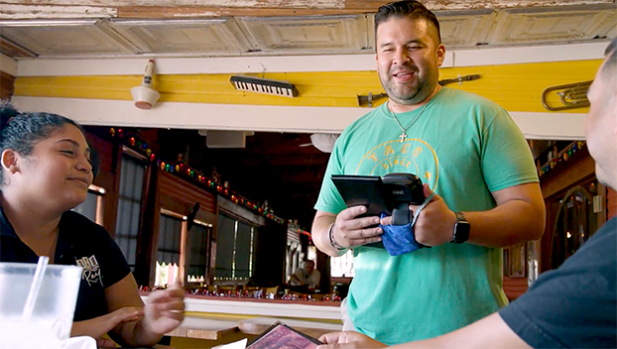 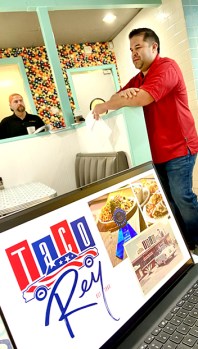 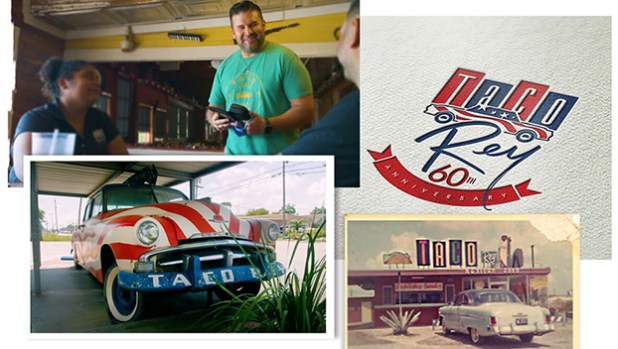 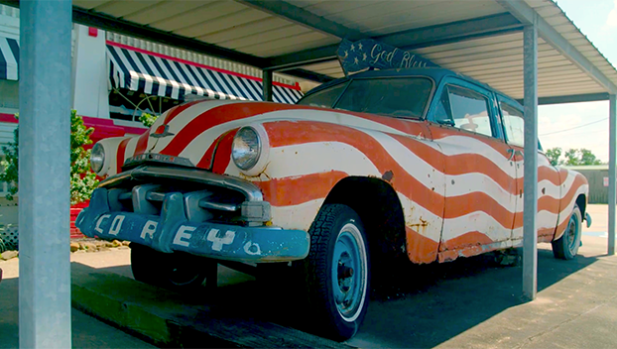 The famous car outside Taco Rey in Nederland. 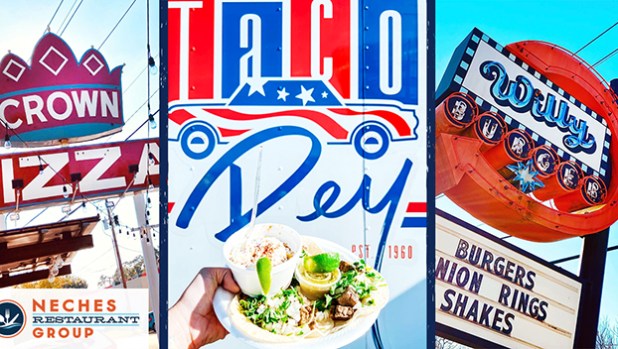 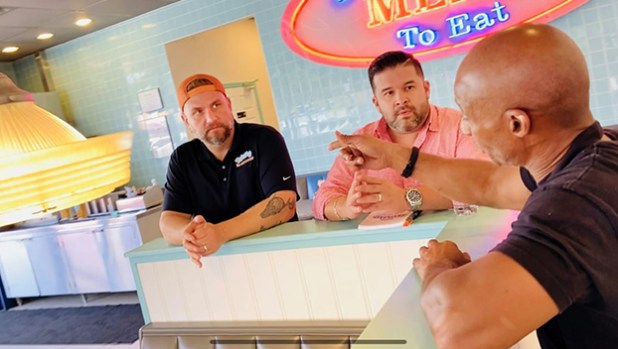 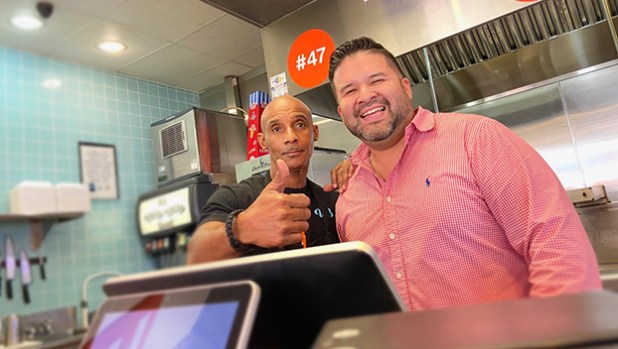 Mike D and Johnny Collazo Jr. give a thumbs up. 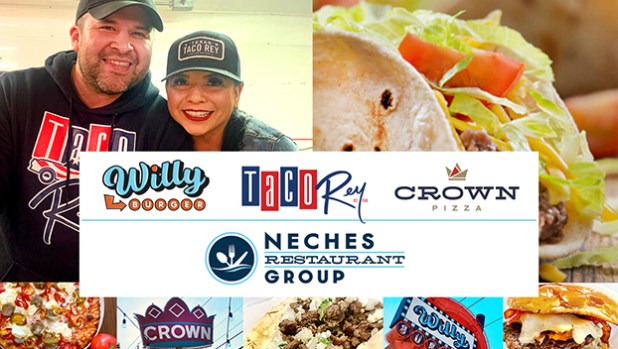 Collage of NRG group of restaurants.

NEDERLAND — The Neches Restaurant Group, which owns and operates Crown Pizza and Willy Burger, announced Tuesday that Nederland’s Taco Rey is the newest member of the restaurant lineup.

“The award-winning, family-owned restaurant brings their Tex-Mex favorites to the group, like seasoned beef tacos, fajita quesadillas, margaritas and their unique, signature fideo dish, along with 62 years of hometown service in Southeast Texas,” a release from Neches Restaurant Group touts.

The addition of Taco Rey gives the group of craft burgers (Willy Burger) and Neapolitan craft pizzas (Crown Pizza) another flavor and footprint further south in Jefferson County, as well as a boost of industry experience, buying power, community leadership and customer reach.

Third generation owner Johnny Collazo Jr. remains the owner of Taco Rey in the partnership, keeping the family owned legacy intact. He will also serve as managing partner and chief operations officer within the Neches Restaurant Group, putting his expertise to work for all three brands.

“Taco Rey has been in my family for over 60 years,” Collazo said. “I don’t take that lightly. So for me to join this group, it’s like sharing a part of my heart. And there’s no better match for Taco Rey than this group with Willy and Crown. I am blessed to work with good people with a shared vision.”

“Simply put: we’re joining forces and we’re excited to be all under one umbrella now,” James said. “Johnny still owns Taco Rey (and food truck). We’re still family-owned. The family’s just bigger. Now we get to pool our resources and have a full team working together for more efficiency.”

The new-look group is working to open Crown Pizza in Katy in the upcoming weeks just across the street from Katy High School. Also, the team has begun work on developing a Tex-Mex street tacos restaurant, Taco Reyna.

“We have some amazing things we’re working on from test kitchens to branding, and we’ve seen good progress so far that’s encouraging,” Collazo says. “We have the best customers, and we want to serve them well, make them proud, and grow with us. So grab on tight and let’s get it!”

ABOUT NECHES RESTAURANT GROUP
The Neches Restaurant Group is locally-owned and operated by Dallon James and now, Johnny Collazo, Jr. In 2020-2021, the James family purchased Willy Burger and Crown Pizza of Beaumont and Katy, Tx from the original founder. Within the last ten months, the group has added three new executives (including Collazo), a new general manager (Chrystal Lundy), two new websites, and new menu items to both Willy and Crown.