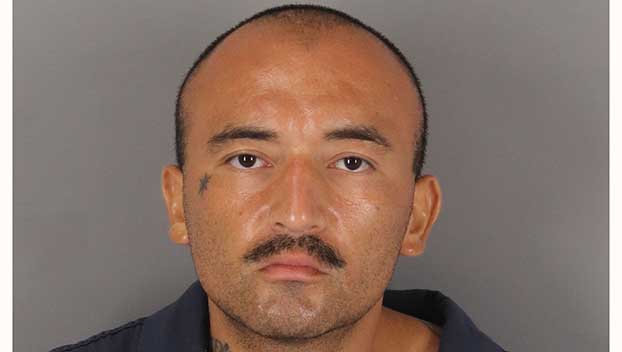 A Port Arthur man that allegedly ran from police and kicked in the door to a stranger’s home was met by a homeowner with a pistol who ordered him outside.

The altercation took place Aug. 25 and the alleged suspect, identified as Ricardo Alonzo Hernandez, 31, was indicted by a Jefferson County grand jury recently on charges of evading arrest/detention.

Police were initially called to a house in the 3200 block of 27th Street after a neighbor saw a man enter the vacant structure. They found the house was secured and no one appeared to be inside.

But as they were leaving, they reportedly saw a man leave the house and ride by on a bicycle.

Police ordered the man stop but he continued riding away with police in pursuit down several blocks and into an alley.

According to a court document, Hernandez went to a home the 3500 block of 26th Street, kicked in the rear door to the garage and forced his way inside the home where there was a family inside.

The homeowner drew a pistol and pointed it at the intruder and order him to leave, the document read.

Police found Hernandez in the front yard of the house walking away with his hands up. He was then taken into custody as the homeowner made a statement to police.

Hernandez was also indicted recently in connection with a prior incident of evading arrest/detention that occurred June 19.

An officer was on patrol in the 3600 block of 13th Street when he reportedly Hernandez disregard a stop sign.

Police said Hernandez fled between some houses and the officer was unable to locate him.

A warrant was issued for his arrest Aug. 11.