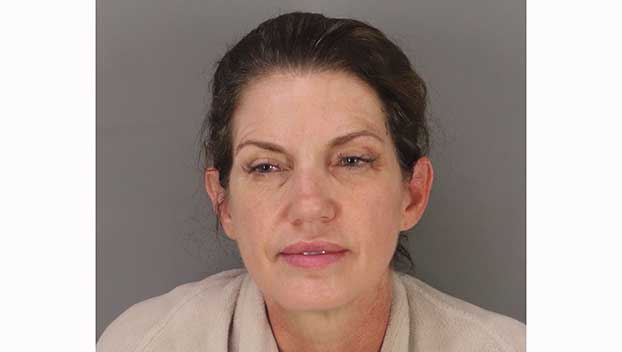 A 51-year-old Port Neches woman who witnesses said was asleep at the wheel of a white Jaguar with the engine running was later arrested for driving while intoxicated and on drug charges.

The alleged incident happened May 17 in Port Neches, and on Wednesday a Jefferson County grand jury indicted the woman for possession of a controlled substance, cocaine.

Police were called to the area of Saba Lane and Twin City Highway in reference to a possible intoxicated driver, later identified as Tracey Leigh Steele, according to the affidavit for arrest.

The witness had followed a white Jaguar with side mirror damaged in to Port Neches, stating the driver was asleep in the street. Upon being woken up by the witness, the driver reportedly sped off, driving over a curb then stopped again.

The witness made contact a second time and woke up the driver who sped off a second time but lost sight of the car at Saba and Twin City, where she allegedly ran a red light.

Police were able to find the vehicle, which was stopped with the driver asleep behind the wheel and the engine running and in drive. One of the officers was able to place the car in park, turn it off and wake the driver, who then got out and attempted to go inside of a home.

The document states the woman was extremely unsteady and her speech slurred. She reportedly refused to attempt the field sobriety test and was arrested for driving while intoxicated.

During a search of the woman, police reportedly found a Xanax in her pocket and a pill bottle, which had what police believe, is crack cocaine.

She was arrested May17 for DWI with bond at $1,000 and possession of a controlled substance with bond at $2,000. She bonded and was released the same day.