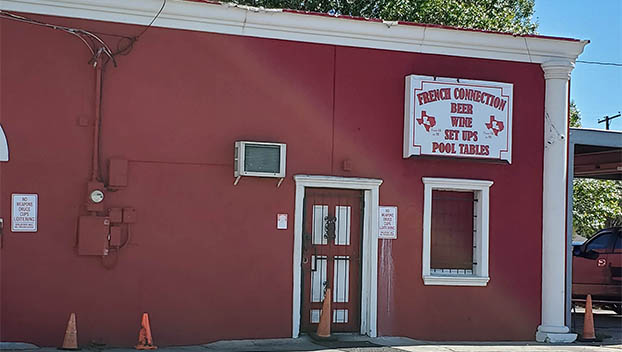 Authorities have released the preliminary cause of death of a woman killed in gunfire outside of a local club last week.

Shyne’ Holden, 32, of Port Arthur died from a gunshot wound to her torso, Justice of the Peace Ben Collins Sr. said.

Holden was fatally shot Sept. 18 while outside French Connection Club, 608 Houston Avenue in Port Arthur. A second person was also injured during the shooting, but her injuries were not life threatening, police said.

Port Arthur Police Chief Tim Duriso said last week there are at least two persons of interest in the crime. No arrests had been made as of Tuesday afternoon.

Services for Holden will be held at 11 a.m. Saturday with viewing at 10 a.m. at Mount Sinai Baptist Church, 501 W. Thomas Blvd.

This is the third homicide of the month.

On Sept. 5, Alondra Ceja-Navarro, 22, was killed by a gunshot in a truck outside of a home on Alamosa Street in the Griffing Park area of the city. Ceja-Navarro was killed during a celebration of her coming to the U.S.

A warrant has been issued for the arrest of Alejo Mendoza Chavez.

Duriso said Chavez has not been arrested. PAPD is receiving assistance in the search from the U.S. Marshals Service and Jefferson County Sheriff’s Office. Police do not believe there are any other suspects in that shooting.

On Sept. 10, there was the fatal shooting of Quarderious Jordan, 26, of Port Arthur at Avery Trace Apartments.

A juvenile was identified as a person of interest in the fatal shooting. The following day, a 15-year-old male, accompanied by a guardian, turned himself in to police.

Duriso said the case has been sent to the Jefferson County District Attorney’s Office.