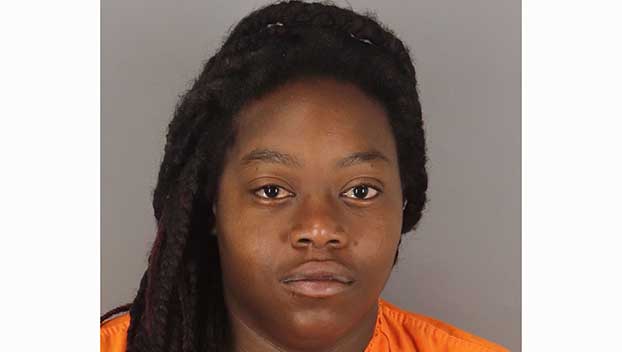 A transient being placed under arrest for trespassing was reportedly found with identifying information for 59 people earlier this year.

The woman, identified as Monique Rene Beaumont, 33, was indicted this week for fraudulent use of identifying information.

Beaumont police were called to Cowboy Harley, 1150 Interstate 10 south, in reference to an alarm burglary July 31. While there they found a woman, later identified as Monique Beaumont, at the front of the business. After running a check on her, police found she had an active criminal trespass warning from 2019.

A representative of the property told police he wished to file charges for trespassing, according to the probable cause affidavit.

Police searched her property after her arrest and found 62 various forms of documentation with identifying information inside a backpack.

The documents reportedly had names, dates of birth and electronic identification numbers and belonged to 59 different people.

According to the affidavit, officers were verbally informed the backpack was Beaumont’s.

Beaumont was arrested Sept. 9 for fraudulent use or possession of ID information with bond set at $1,000 and a class B trespass bond of $500. She was still in the county jail as of this week.

She was indicted for fraudulent use of identifying information, a first degree felony.