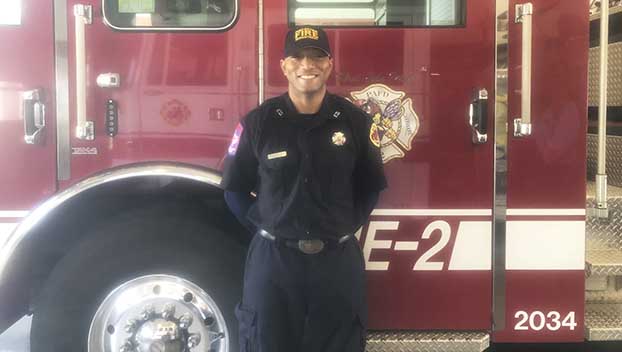 Patrick Cook has always known he would spend his life in civil service. And he demonstrated it at an early age following a night of video games with friends in the eighth grade.

“Pat’s always had a competitive nature,” said Jacobi Edwards, Cook’s childhood friend, with a laugh. “When we were growing up we stayed up one night playing ‘Just Dance’ on the Wii. Pat unfortunately had two left feet at the time. But in the nature of his character, he would not let us go to sleep until he won a match. It just goes to show the level of discipline, will and drive that he has.”

But he went on to show more than that, when the game triggered a seizure in another child.

“He knew exactly what to do,” Edwards said of his friend. “He’s always been calm and collected. A lot of people would panic but he was always poised. He never fretted. It was amazing.” 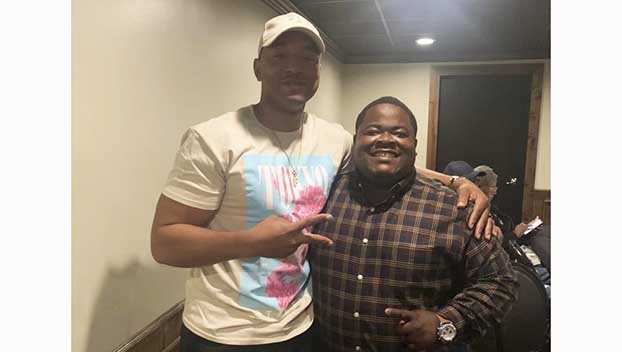 And it’s something he’s still commended on, now in his second year with the Port Arthur Fire Department.

“He is very good on calls,” said PADF Chief Greg Benson. “He knows his job. He’s very competent. He stays focused. People do feel very comfortable and confident in working with him, which is a very positive thing.”

And on Tuesday, Cook will become the first African-American to join the department’s Dive Team.

“Because it is a very tight team, they want to be sure the person that’s added is a good fit,” Benson said. “He came out No. 1. So now they’ll start all the training he needs to do to obtain his certifications. He’ll also begin participating in their monthly training.”

As much as he knew his career would be that of a first responder, Cook said he took an interest in the Dive Team following his job in high school as a lifeguard in Port Arthur.

Following graduation, he entered college to major in Criminal Justice while also enlisting as a member of the U.S. Army National Guard, for which he served for six years.

“Being a police officer was at the top of my list,” the Port Arthur native said. “It was personal. Growing up and seeing people bullied all the time, it did something to me. I didn’t like that.”

And while he would ultimately work for a while as a police officer, the 31-year-old first attempted to join the fire department. 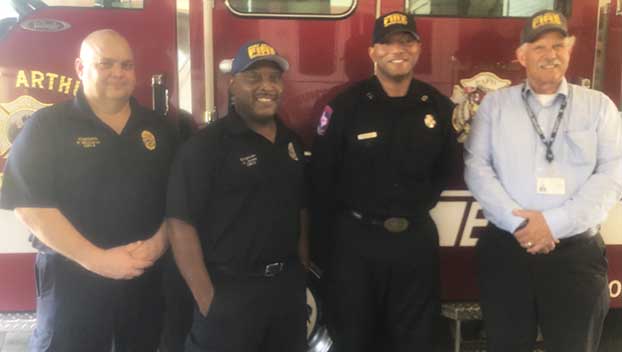 “I tried to get hired on in 2015 but at that time the fire department wasn’t sending anyone through the academy,” he said. “I was in my senior year of college and there was no way I could take on any more loans.”

Following graduation, he and his wife moved to Louisiana, where he worked as a police officer. But when they returned home shortly after, she made him aware of an advertisement saying the fire department was hiring and would pay for the training. So within a few days he turned in the paperwork.

“I didn’t study,” he said. “I just thought, if I get it, I get it; if I don’t, I don’t. I didn’t even know there was material to study. I didn’t find that out until after. But it was general knowledge, so let’s see what I know.”

He passed with an 80 and joined the department May 27, 2020. First came EMT training in Orange, followed by fire training at Lamar Institute of Technology. And then came the reward.

“We’ve successfully saved at least two lies,” he said of his crew at Station Two on Grannis Avenue. “That’s the ultimate enjoyment; that’s why I signed up to do this job. Everyone loves fire — that’s the fun part. But my favorite part is seeing someone lifeless and then seeing them with a pulse when they leave my care.”

While he’s unsure of what all he’ll face with the Dive Team, which often performs criminal investigations underwater with zero visibility, he likened it to firefighting.

“We go in house fires and it’s blacked out,” he said. “We wear masks in a house fire because it’s a toxic environment. If you take that mask off, you’re dead. Granted I haven’t done (the diving) yet, but I don’t do anything just to say I did it. In a job where other people are depending on me, I always tell myself, ‘when you’re number is called, give your all.’”