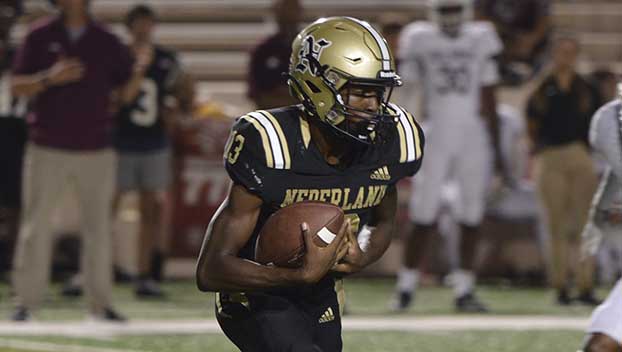 The Bulldogs earned their first win of the season Thursday with a victory over Fort Bend Willowridge. (Chris Moore/The News)

The Nederland Bulldogs run game and pass rush shined in the team’s first win of the season Thursday.

“I thought our offensive line, at least by the naked eye, played very well,” Nederland Head Coach Monte Barrow said. “I thought the running backs had a lot of opportunities. Ayden at quarterback was able to get in on the run game. That was an added bonus, because people can’t overload one side.”

The win was the first for the Bulldogs on the season.

“You always want your guys to get that feeling,” Barrow said. “It is always better than a losing feeling.”

The Nederland pass rush was also a key part to Thursday’s win. The Bulldogs front was consistently in the Eagles’ backfield and forcing Willowridge’s quarterback out of the pocket and on the run. Drake Sturrock finished the game with three sacks.

“Each of them beat their man at different moments and were able to put pressure on the quarterback,” Barrow said. “Just watching from the field, I thought Drake played his best game. I was really proud of the way he was flying around on the field along with the other guys on defense.”

The Bulldogs were also able to capitalize on a huge second quarter, where Nederland scored 21 points in just more than five minutes to break the game open. Nederland scored on an 11-yard run by Sunday with 5:23 left in the half. Nederland went for a pooch kick and recovered on the Eagles 35. Four plays later, Thomas found the end zone on a 6-yard run with approximately three minutes to play.

On the ensuing drive, Nederland linebacker Landen Caywood intercepted a pass, which set up a 29-yard pass from Sunday to Reeve Barrow to bring the score to 31-14.

“You can always go back and pick a couple of plays out of a game and wonder what happens if they had been different,” Barrow said. “For us, those were the plays that turned it. I thought that put a little damper on them going into halftime and us being able to capitalize.”

Playing on Thursday allows the Bulldogs some extra rest time as the rest of the district finishes up games over the weekend.

“You need the rest after driving back from Fort Bend on a Thursday night,” Barrow said, noting the team had not yet left by 10 p.m. for their two-hour drive. “Everything has its pluses and minuses. It will be different the next time we play on Thursday against Fort Bend Marshall. We will have played a game the week before, where this week, we had a bye. You can’t pick your schedule. You just have to play when they tell you to.” 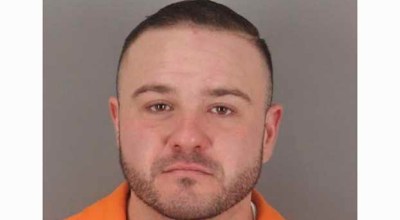