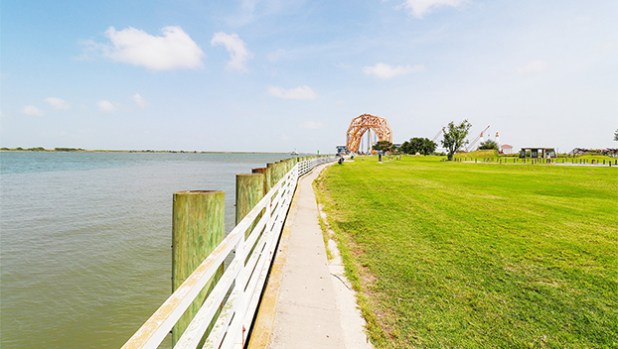 Hurricanes and storm surge coupled with increased shipping traffic have led to damages to the seawall at Sabine Pass Battleground. (Courtesy photo) 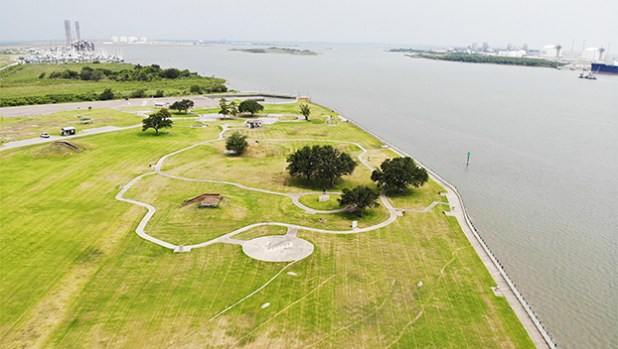 An aerial view of Sabine Pass Battleground shows the park and the waterway. (Courtesy photo) 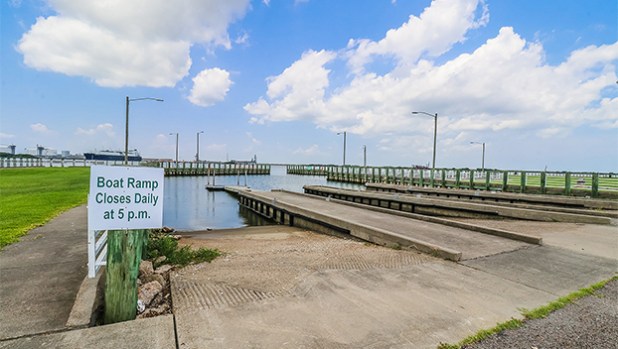 Several boat ramps are available to boaters at the site. (Courtesy photo)

SABINE PASS — Starting next month, a popular Sabine Pass destination for fishing and outdoor activities is temporarily closing for repairs.

Sabine Pass Battleground will close from Oct. 1 to Dec. 15 as repairs are done on the seawall.

Shannon Smith, assistant site manager for several of the Texas Historical Commission sites, including Sabine Pass, said the repairs focus on the stabilization of the seawall.

“Currently, the seawall is degrading to the point it has become unsafe for our guests,” Smith said. “It has had significant undermining, which has created voids beneath the sidewalk system. The repairs will provide our guests with a safe place to enjoy our site, complete with a new accessible sidewalk system.”

The damages impacting the site are from a combination of issues. Hurricanes and storm surge significantly degraded the integrity of the site, and increased shipping traffic caused the undermining to accelerate, Smith said.

“This closure is due to essential repairs on the seawall,” he said. “During this time, site staff will also be updating the amenities of the site. We ask for your patience during this process.”

Construction updates will be posted on the site’s social media page.

The upcoming work is just a stabilization project.

“The seawall will need to be replaced in the future and will cost in excess of $8 million that hasn’t been appropriated,” Smith said.

A capital campaign to raise funds for the replacement could begin in 2024. People interested in donating can contact Smith at 979-345-4656.

Sabine Pass Battleground State Historic Site is located at 6100 Dowling Road in Sabine Pass. The site was the location of a significant Civil War battle. It features an interpretative pavilion illustrating the story of the battle and a scaled model of Confederate Fort Griffin, according to information from the Texas Historical Commission.

Self-guided tours are available as well as a cell phone tour.

The site features boat ramps and a seawall for fishing and viewing the waterway.

The hours and fee came into play in October 2021. Smith said officials appreciate patrons’ understanding as they go through this process.

“The site will be making improvements this year such as new interpretation, wildlife viewing platforms, shade shelters and even a park store,” she said. “It is our hope that Sabine Pass Battleground will become a family destination to enjoy our state’s natural and cultural resources. We are currently addressing resource allocations and if approved we will be potentially expanding our operating hours.”