Port Neches-Groves is on a bye week before starting district play next week.

Despite losing their first game of the season, PNG has rattled off back-to-back wins over Beaumont United and West Orange-Stark. 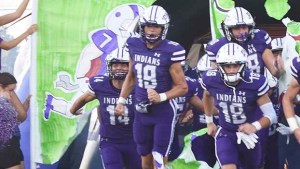 During PNG’s most recent victory over the Mustangs, receiver and backup quarterback Shea Adams put together quite the performance on the ground and through the air.

Adams recorded 75 rushing yards on 10 carries and caught five passes for 67 yards. When the final whistle blew, Adams had accounted for four touchdowns (three rushing and one receiving).

PNG returns to action Sept. 24 with district play against Fort Bend Marshall on the road.