Titans secondary playing at high level by trusting each other 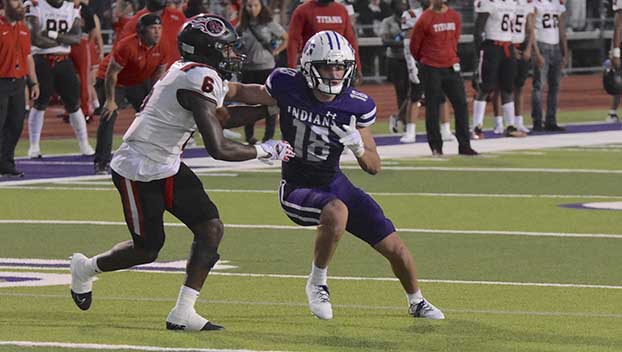 The Memorial Titans secondary might have a case for best in the area, if not the state. Through two games, the unit has held opposing passers to 293 yards passing (146 yards per game) and one touchdown to 11 interceptions.

“It means they are paying attention in meetings,” Mangum said of his unit’s early success. “Those kids love to compete. Once one gets a pick, the others try to keep up. It is a competition and I love it.” 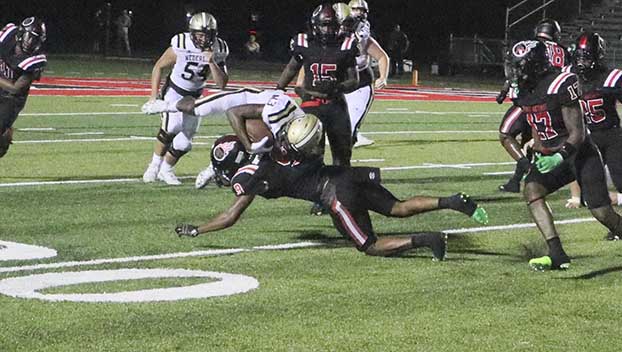 That competitive drive extends beyond the interception totals. Cornerback Nolan White and safety Jacori Smith-Jackson said the defense was upset they allowed five touchdowns, even though four were on the ground and the Titans outscored opponents 98-36.

White recorded three interceptions against Nederland, but said he is trying to beat his total last year of nine. Safety Daevon Iles has four picks so far and returned two for touchdowns.

Memorial Head Coach Brian Morgan said Iles, who is a junior, is one of the smartest players he has coached. As a sophomore, Iles was charged with making sure the defense was lined up right on a team that was senior-heavy.

“In practice, we will try to throw some new stuff at them,” Morgan said of the secondary. “We try to fool them with some double moves or some screen and go’s, and (Iles) doesn’t fall for it because he is very disciplined with his eyes.”

For the past several years, Memorial has been fortunate to have a lockdown corner. Jelani Chevalier has yet to record an interception on the year, but it is not from lack of talent. Quarterbacks are simply avoiding him.

“It can get a little boring,” he said. 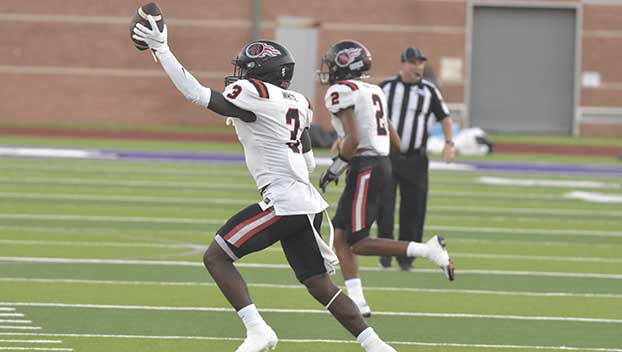 Nolan White holds up the ball after recovering a fumble. (Chris Moore/The News)

Morgan said Chevalier’s performance against Port Neches-Groves played a big role in the team’s success. The corner mainly lined up across from PNG all-state receiver Chance Prosperie and largely held him in check.

“He has played a lot for us, obviously,” Morgan said of Chevalier. “He got tested a lot last year, having (Jaylon) Guilbeau on the other side of him. Now he is playing the boundary. When you have a guy that can pretty much play someone one-on-one and allow you to roll your coverage to the other side of the field, it allows you to do a lot. And understand, people are going to take shots and at some point. He will probably get beat. It is just the nature of the position.”

Jayce Roberts also rotates in at the safety position to help round out the talented group.

Guilbeau is now playing for the University of Texas but is still in a group chat with the Memorial defensive backs.

Mangum said the former Memorial defensive back said he can tell how close the unit is. That support goes both ways. Chevalier said the group acts like family and added he watched and rooted for Guilbeau over the weekend as the Longhorns took Alabama to the brink.

The secondary’s play is a large reason the Titans are ranked No. 3 in the state heading into the start of district play.

The Titans take on New Caney Porter this week. Kickoff is set for 7 p.m. Friday at Memorial Stadium.