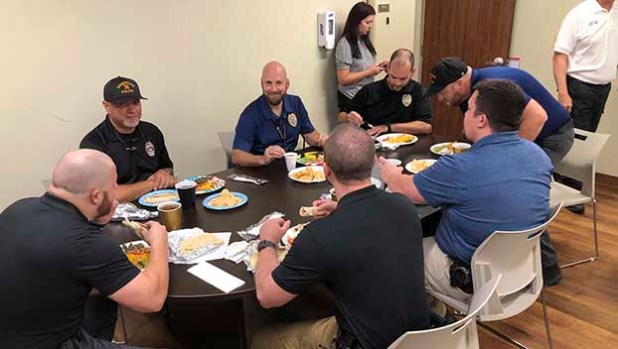 Members of the Nederland Police Department gather for lunch donated in honor of Sept. 11, 2001. 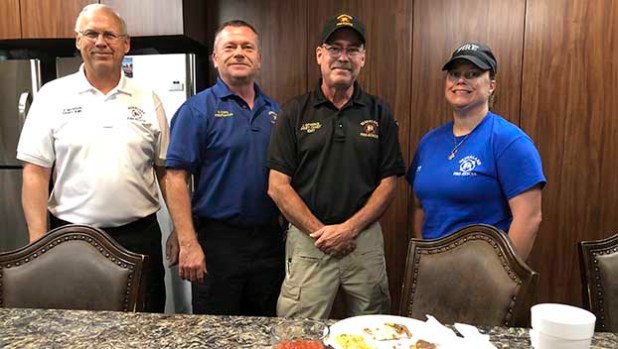 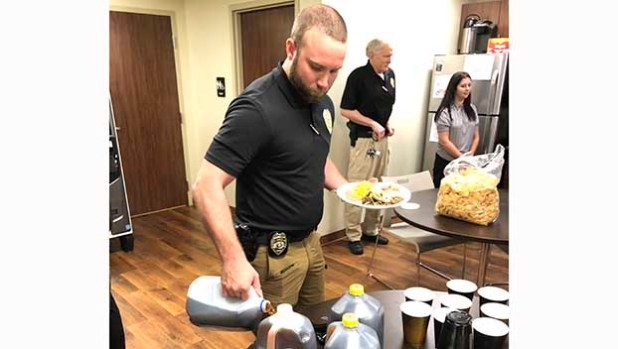 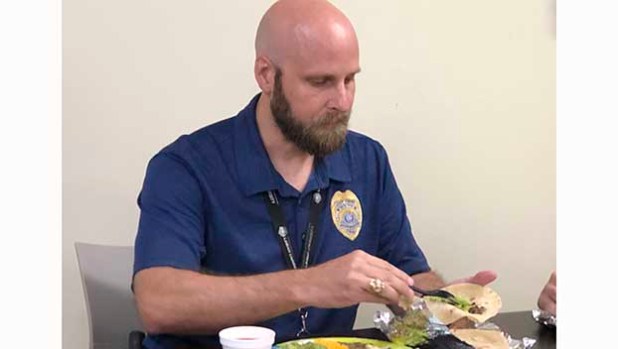 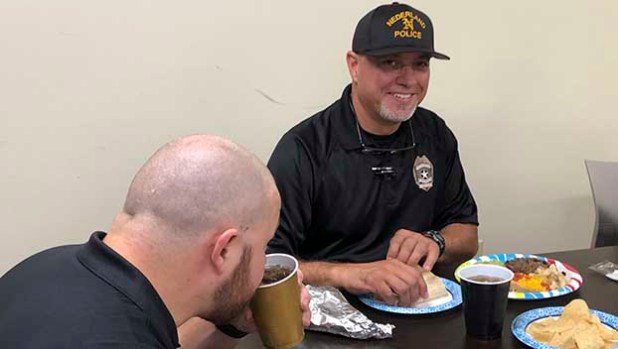 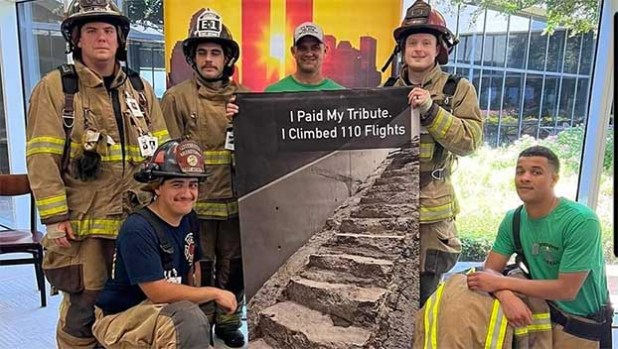 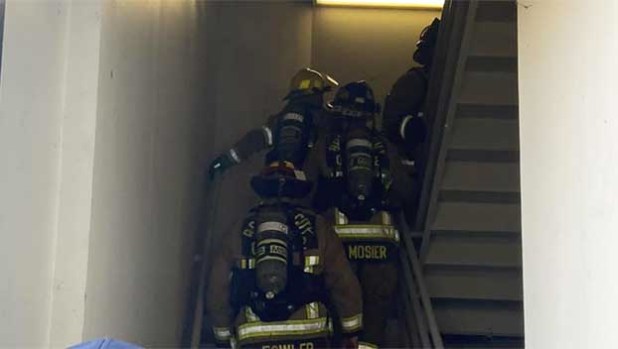 Firefighters from Bridge City joined other departments in Beaumont Sunday to climb 110 flights of stairs to honor the firefighters who died on Sept. 11, 2001. (Courtesy photo) 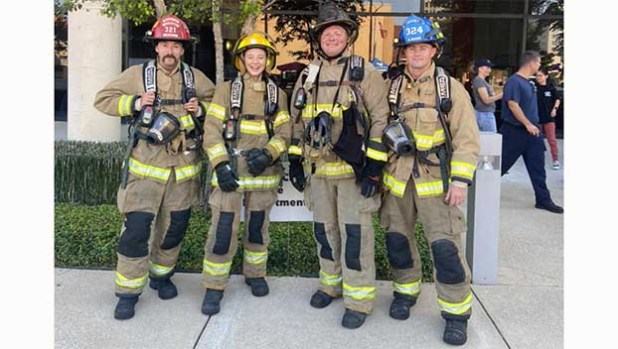 First responders along with community members across Jefferson and Orange counties have been paying tribute to Sept. 11, 2001.

On Monday in Nederland, La Suprema Mexican Restaurant brought fajitas, chips, salsa and tea for the police officers and firefighters.

“We’ve done it for several years,” said restaurant owner Remi Bryant. “(It’s) to support our first responders. We’ve been in the city for 52 years.”

“The City and La Suprema restaurant, in honor of 9/11, they furnished us all lunch today,” he said. “It’s very appreciated in honor of our first responders.”

On Saturday, firefighters from Port Arthur and Bridge City joined others in participating in the inaugural stair climb at the Edison Plaza in Beaumont. This national initiative involves firefighters climbing 110 flights of stairs to pay tribute to those that lost their lives at the World Trade Center in 2001.