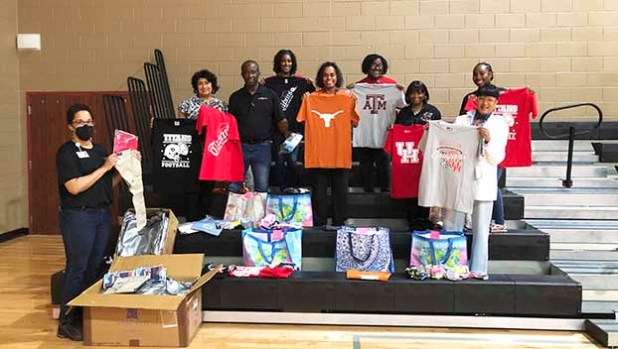 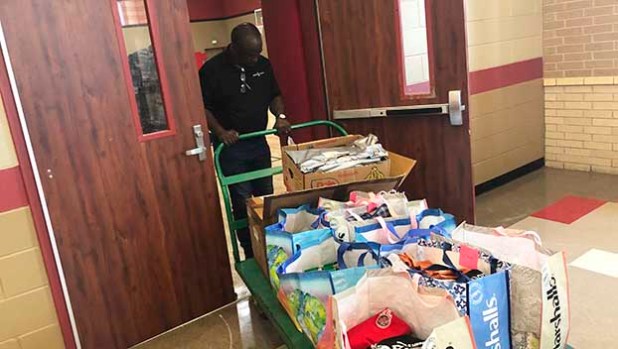 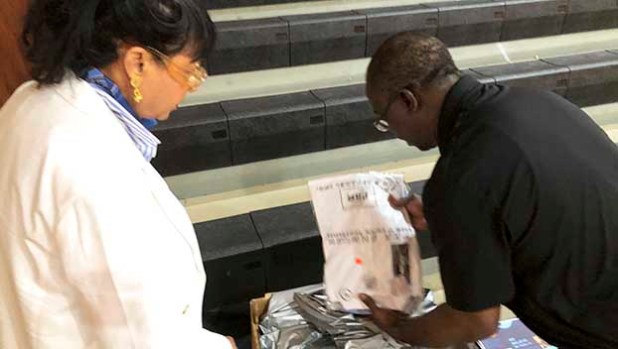 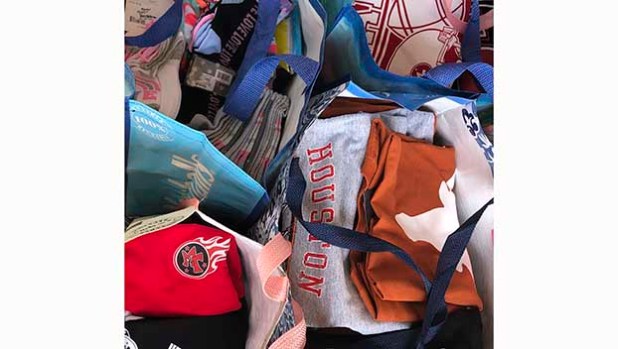 Whether it was the donated clothing or the message inside, 32 Port Arthur Independent School District students on Friday were reassured that they were cared for.

The notes were included in a giveaway of uniforms and other assorted clothing purchased by HAPA for the second consecutive year. Group members reach out to social workers at various PAISD campuses and gather clothes sizes for children in need of uniforms or other basic essentials.

While the HAPA president graduated from a public PAISD high school, he started in Catholic school, where uniforms were required.

HAPA came to Port Arthur with uniforms for 16 boys and 16 girls, as well as underwear, socks and even school-centered items.

“They asked for spirit shirts so the kids could participate in supporting the Titans,” he said. “We’ve got about 25 spirit shirts for some of the kids that didn’t have that. And they have college days, and some kids can’t afford those.”

Everything was purchased by or donated to HAPA.

Formed in 1980, HAPA consists of Port Arthur residents who now reside in the Houston area. However, it is a subgroup to a national organization that spans Texas and other states.

But it was her work as a school nurse in the Houston area that helped prompt the purchasing of clothing.

Often she’d come home from the store with socks, underwear or other items not needed in their home. When McElroy asked why, his wife explained it was for students in need.

“The contributions of our alumni and the folks that are associated with Port Arthur is invaluable to our schools and our culture,” said Memorial Principal Victor Fulton. “So we really appreciate the fact that someone would come back and give to the kids from the schools that they graduated from.”