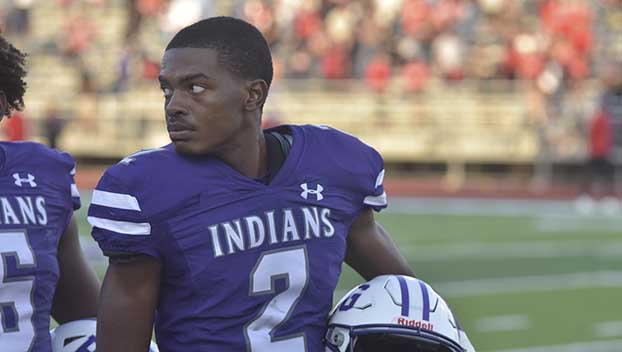 PORT NECHES — Those who look at the Port Neches-Groves roster might notice one small detail changed from years past, besides the obvious changes to the coaching staff.

Five players have asterisks next to their names with a note at the bottom of the roster saying the mark is for the team captains.

Head Coach Jeff Joseph said the honor was bestowed on seniors by their teammates.

Hinton is a returning starter, who recorded seven interceptions last season and nabbed his first of this season against United last week. Pena is the team’s all-district guard, who plays next to Loftin, who was named to the all-state team as a center. Baker has played on varsity for four years on the defensive line, Joseph said.

The coach said Crippen has made strides in the offseason as a leader and added the coaching staff encourages him to be more vocal.

Joseph said the leaders should embody the team’s identity of toughness. However, building an identity takes time.

PNG has had varied results over the first two weeks of the season. After a tough home opener to Memorial, PNG recovered with an impressive 49-0 win over Beaumont United.

The team will once again line up against a tough opponent when taking on West Orange-Stark on the road Friday. Kickoff is set for 7:30 p.m. at Hooks Stadium.

The game is the final non-district contest before district play starts in two weeks. The Mustangs enter the match-up 2-0 with wins over Nederland and Little Cypress-Mauriceville. WOS is also ranked in the top-10 in the state for its class and division.

“I think as much as anything we are focused on improving ourselves each day in practice,” Joseph said. “That has been our focus as we get ready for district play. We want to continue to progress and get better each week.”

PNG will have to find a way to slow down quarterback Keyshawn Robinson, who logged 95 yards on 10 carries against LCM.

PNG’s defense played lights out against United, holding the Timberwolves to 81 total yards of offense in the shutout. The performance was a huge upgrade to the numbers allowed against Memorial in the opener.

“Hopefully we can continue to tackle in space against people that can run really fast,” Joseph said. “That is going to be a challenge this week. You have to understand what your assignment is and make sure we have edges set and get multiple people to the football to tackle. They make people miss in space over and over again.”