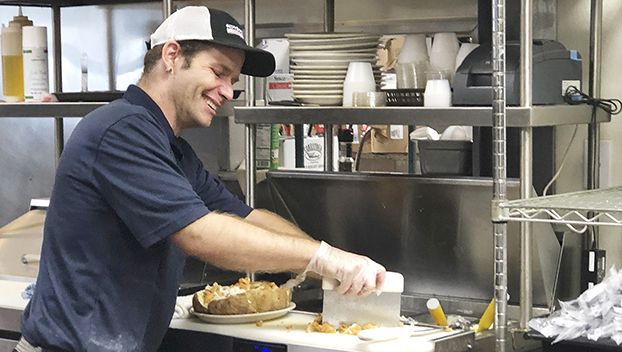 When it comes to Friday Night Lights, sometimes the best seat at the stadium might be in the parking lot.

With the beginning of high school and college football in the area comes the tailgate parties — something Novrozsky’s and Daddio’s are fully prepared for.

Novrozsky’s will cater to your party.

“We do big chicken strip trays, which are great for tailgating,” said Dave Jones, owner of both restaurants. “They can bring a big tray with 60 chicken strips with gravy.”

Daddio’s, he said, has made a way for patrons to make their own meals in the parking lot using the restaurant’s food. 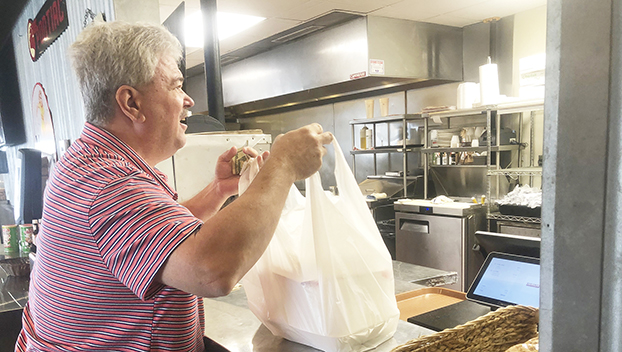 Mike McGowin picks up a to-go order at Novrozsky’s on Sunday. Large to-go orders can be made for tailgate parties. (Monique Batson/The News)

“We also have a deal where if you want to cook it there, you can buy the patties and the fixings, kind of like a pick it up to go,” Jones said. “We use Nolan Ryan beef, so it’s good quality meat.”

Jones said they are also working on trays of sliders for parties.

Another new item offered at Daddio’s is hot dogs complete with traditional and unique toppings.

“That just came out (last) week,” Jones said. “The reception is going well.” 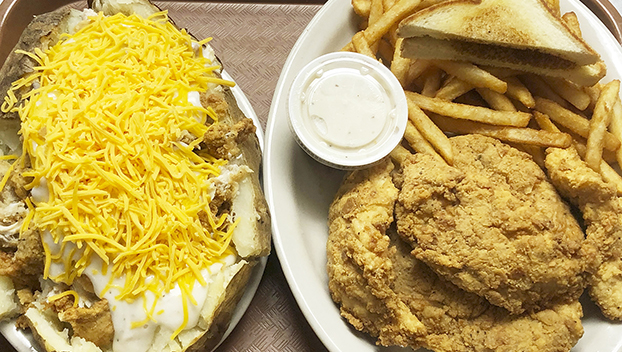 Novrozsky’s and Daddio’s can deliver any menu item to a tailgate party. (Monique Batson/The News)

They also rolled it out at the Beaumont location.

Jones said anything on the menu is an option for tailgating, and anyone wanting to order mass amounts of food should call about two days in advance.

But there’s also another option for those that want more than just a parking lot tailgate party.

Novrozsky’s has a banquet room available to rent out for pro sports games.

“If you want to have your tailgate party and watch it on the big screen, you can call ahead and rent it out,” Jones said, adding they sell beer and wine. “You can have your deal and not have to worry about cleaning up after.”