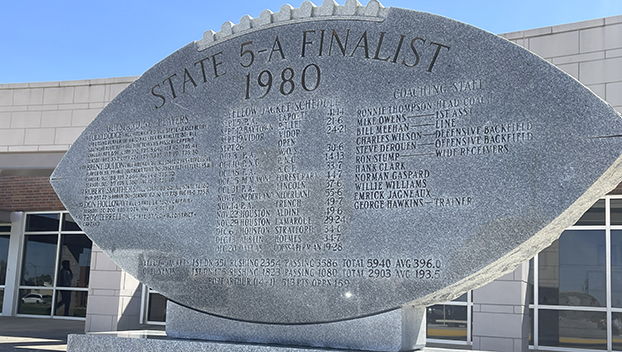 Friday’s contest between Memorial and Port Neches-Groves has some harkening back to the days when PNG’s prime rival was Thomas Jefferson High School in Port Arthur.

Memorial Head Coach Brian Morgan graduated from TJ in 2001 and said he remembers close games against PNG and the rivalry that really heated up in the 80s.

“A lot of my knowledge of the rivalry came from my parents, who went to TJ in the early 80s,” Morgan said. “That was a huge rivalry at that time. In my time in school, that is when PNG made that state run and they were really good my sophomore and junior year. We won my senior year in a close game.”

For many TJ graduates, like Port Neches Mayor Glenn Johnson, the rivalry died when their alma mater closed.

“Back in the day, it was (bigger than the Nederland rivalry),” Johnson said. “Thomas Jefferson doesn’t exist anymore. There is no rivalry between PNG and Memorial. It is PNG and Nederland now. Memorial is just a team coming into play them one night. I don’t mean to be flippant, because Memorial has a good team, but it is not a rivalry.”

Johnson said the rivalry with between PNG and TJ was more of a cold war.

“Really it was just another Friday night,” he said. “Most of the rivalry was talk. I remember, and I’m sure PNG did the same thing, they would announce the scores over the speaker system. The people were always interested in PNG getting beat. It didn’t matter who PNG was playing. If they were behind, people in Port Arthur would cheer. That is what I mostly remember.”

Johnson will be pulling for PNG despite his ties to Port Arthur. He also said he doesn’t have much interest in having a rivalry with Memorial.

“Our rivalry is Nederland and has been since Thomas Jefferson went away,” he said. “There was always a talk between the two, but when TJ went away, it became the rivalry. I’m not interested in Memorial being a rival. But this is about these young people in high school and not the mayor of Port Neches. If they want to make it a rivalry, then by George, I will support whatever they do.”

Morgan said he would like to see the game become a rivalry.

“I would like it when it is not forced upon us in a district setting,” he said. “It is not something you cannot guarantee happening. It can be one sided. In the past, that was how it has been. I know there are people who work at PNG now as teachers and administrators that went to TJ. They see me out in public and try to get that game going again because they know how big it is.”

The familiarity between the players and fans creates a natural rivalry. Many of the players see each other year round in 7-on-7 competitions.

“A lot of our kids play on the same 7-on-7 teams,” Morgan said. “The (Chance) Prosperie kid plays on the same 7-on-7 team as the Port Arthur kids. They really know each other. You have a close-knit community. The majority of the families in both communities have someone working at the refineries. There is a lot of interest for a local game.”