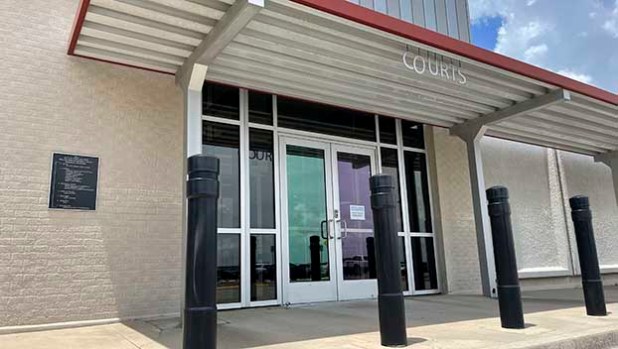 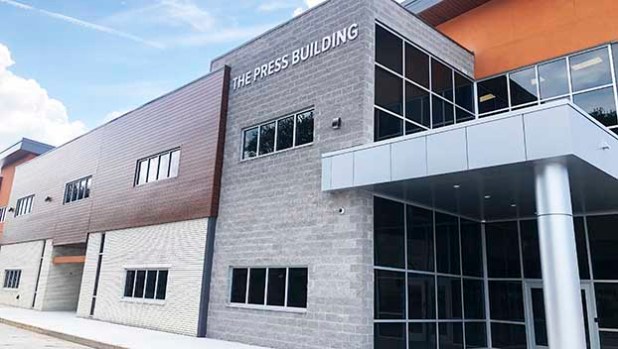 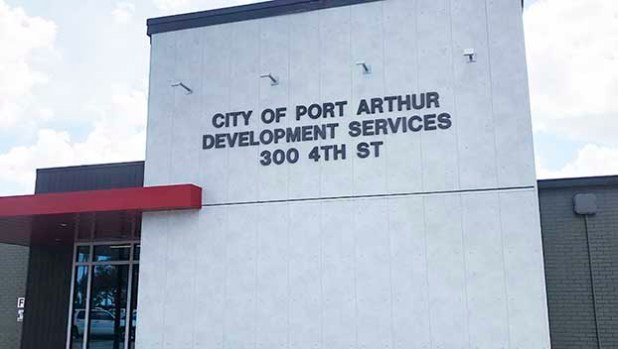 The Developmental Services Department is next to City Hall. (Monique Batson/The News)

With no opposition from council members, at least two buildings in the City of Port Arthur could soon have new names following a suggestion to honor the memory of former residents.

Council members agreed this week to hold public hearings during the Aug. 30 regular meeting regarding the renaming of the Port Arthur Municipal Court and the Developmental Services Department. The potential renaming of The Press Building was also mentioned during the meeting, but will not be part of the public hearings.

“Now it’s another time, a different time,” Jones said. “I want to look at the name of someone I know that’s a trailblazer; people I can relate to and our kids can relate to for years to come.”

A resolution calling for a public hearing would, if passed, rename Port Arthur Municipal Court after the late judge Kermit Morrison Jr.

“I’ve known Judge Morrison probably 40 years,” Jones said. “I met him when he first came to town. He and I hit it off and stayed friends for 40 years. We never had cross words or a misunderstanding.”

The councilman said he and the former judge would play pool, dominoes, share meals and spend a great deal of time together.

“That’s a family member — him, his wife and his kids,” Jones said.

Located at 300 4th Street next to City Hall, the Developmental Services Department could soon bear the name of former Planning and Zoning Commissioner Inell Ross Moore, who worked for the city from 1972 until her death May 7, 2020.

“She served the city for a long time,” Jones said. “From what I hear, she deserves to be honored, too.”

While no action was taken, the idea of renaming The Press Building surfaced during a discussion regarding the Economic Development Corporation. The EDC in early 2020 began a $7 million — most provided through grants — renovation on the former home of The Port Arthur News on 4th Street. Currently the building contains Lamar State College Port Arthur culinary arts, with multiple other businesses either under construction or considering space.

However, he stressed the idea was purely a suggestion for EDC members to take into consideration.

The councilman proposed renaming Grannis Avenue after Russell Getwood Sr., who served as Port Arthur’s first African-American truant officer for the Port Arthur Independent School District, as well as renaming Bluebonnet Avenue after Rev. Samuel Joseph Sr., who led Shilo Baptist Church for more than 43 years until his death last year at the age of 82.

Jones recalled the days of when he was a student in the Port Arthur Independent School District.

“If we saw Mr. Getwood coming, we knew we could get in trouble,” he said with a laugh. “At that time kids had respect for the truant officers, coaches and teachers, unlike now. I also found out he was a juvenile probation officer for the City of Port Arthur. All his kids went to school here. I’m proud of that.”

Rev. Joseph, he said, was a peacekeeper in the community.

“The church did a good job in the community and stayed involved,” Jones said. “When things got out of hand, he’d stand up and speak his peace. The members loved him, and I had a great amount of respect for him. He always did what was best for the church, its members and the community.”

City Attorney Valecia Tizeno said street renaming is done in one of two ways — official or honorary. The former, she said, requires the approval of 75 percent of the residents on the road or section of, as it affects their driver’s license and other documents. The latter instead would legally keep the street’s official name, but add an honorary sign.

In June 2007, City Council approved renaming a portion of 17th Street as Edgar Wise Way in honor of his 102nd birthday.