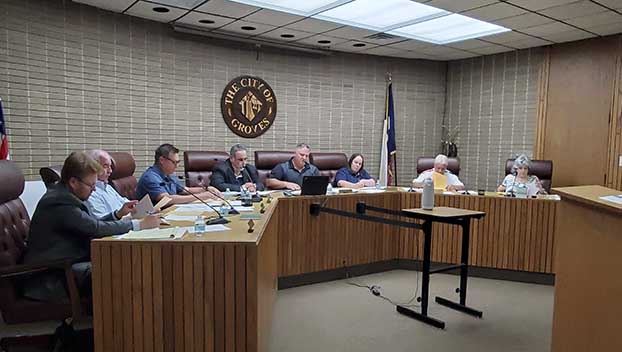 GROVES — The City of Groves is mulling the idea of taking legal action regarding cable franchise fee underpayments.

Recently hired Groves City Attorney Brandon Monk said the issue showed up on his radar as a result of a suit filed by other cities in Texas, including Beaumont.

The issue, he said, is that certain revenue may be lost to the city as a result of the fact that cable companies used to provide most of the services to individuals.

“There was a franchise fee that came in as a result of that,” Monk said during a recent council meeting. “Now Hulu and Netflix and Disney streaming services are providing these types of services and they have not been paying the franchise fees to the cities. So the issue is whether we want to look into this further to determine if the city may be able to recover some of that lost revenue through these franchise cable payments.”

Councilman Mark McAdams asked if this would be a class action suit or each individual city type of suit.

Currently, approximately 25 cities are together in the initial lawsuit.

The attorney said the city would have some options as to how they would pursue the issue, should they choose to do so.

The issue dates from 2007 to 2020 for the initial back revenue, but the biggest impact would be in going forward in what could be a steady stream of income for Groves.

Mayor Chris Borne asked what type of costs would this mean for the city should it decide to go forth with the lawsuit, to which Monk said that is unknown at this point.

“I think that there are some avenues to pursue on a contingency basis and I think that the other thing we would want to look at is that we do it in a way that doesn’t have any risks to the city in terms of cost,” Monk said. “I think those would be good options and viable options.”

But winning the lawsuit is not guaranteed.

The question of how much of the services are provided by satellite versus existing right of ways is unknown and would need research.

A motion was made and approved to allow Monk to further research the issue and bring the information back to council at a later date.