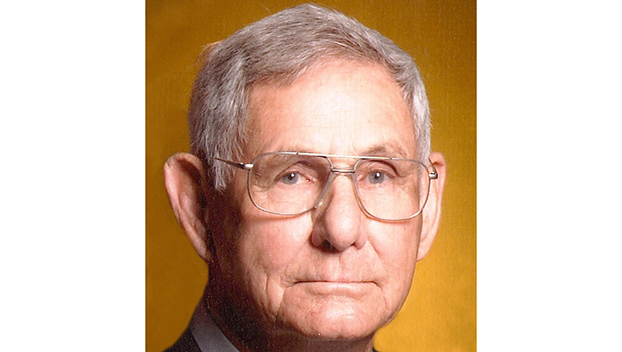 Chester Dauphine, 93, of Bridge City, Texas peacefully passed away on Friday, August 12, 2022, at Mid-Jeff Extended Care in Nederland with his loving family and devoted caregiver at his side.

Chester was born on January 19, 1929, in Port Arthur, Texas to Yola Dautreuil Dauphine and Evan Dauphine.

He was a graduate of St. Mary’s High School in 1947 and attended Lamar University. He married the love of his life, Elsie, in 1949. He was hired as a bricklayer at Gulf Refinery in 1948 and remained an employee for over 37 years as he rose through the ranks – eventually retiring as an A.F.E. Supervisor in 1985.

While employed as a bricklayer, he became a member of the National Guard, where he faithfully served his country. He was a member of St. Henry’s Catholic Church. Chester was known as a handyman, a wood worker and a “fix everything” man.

He never met a stranger and was always willing to give the shirt off his back. Every morning you could find him sitting at his kitchen table working his daily crossword puzzles while drinking his black coffee – while his fur baby, Daisy, was waiting for him to give her belly rubs.

He was a true, life-long, die-hard fan of the Dallas Cowboys.

Chester’s pride and joy was his family. Anytime you would see Chester, you could bet that he was bragging about his children, grandchildren, and great-grandchildren.

Loved ones who will miss Chester until they meet again are his son, Terry Dauphine of Groves; daughter, Christy Jones and husband George of Groves; grandchildren, Shawn and wife Rachel Dauphine, Cody and wife Karisha Dauphine, Caleb and wife Madison Jones, Caitlin and husband Julian Hernandez; great-grandchildren, Cayden and Taylor Dauphine, Braxton and Emory Dauphine and Scout Jones; sisters, Nancy Schroeder of Nederland and Donna Allen of Port Neches and many beloved nieces and nephews.

Loved ones who were there to welcome Chester into Heaven were his parents; his loving wife of 68 years, Elsie Dauphine; brothers, Gerald Dauphine, Allen Dauphine and Lennie Dauphine and daughter-in-law, Carol Dauphine.

Funeral Services will be conducted at 10:00 a.m. on Friday, August 19, 2022 with entombment to follow at Greenlawn Memorial Park in Groves.