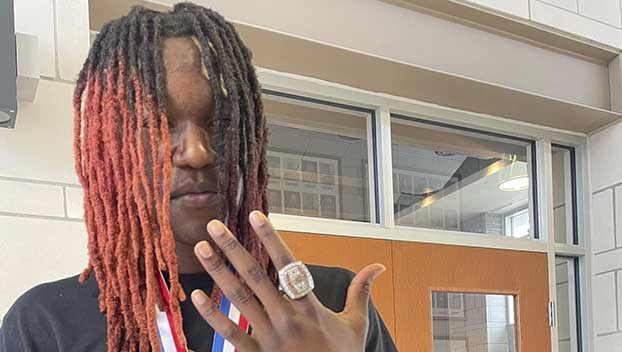 As if a gold medal isn’t enough to prove Memorial’s Ke’Andre Jones was the 2021 state champion for the high jump, his new jewelry surely makes the statement.

“It felt good to receive my ring because my hard work paid off,” Jones said. “I absolutely loved it.” 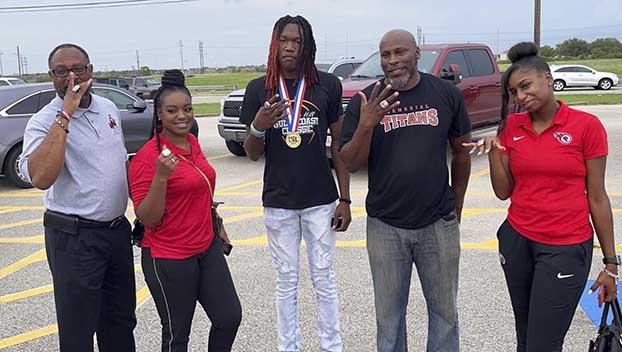 Jones said he has worn it twice with one of those times being the first day of school this week.

Memorial Head Track Coach Darrell Granger said he was fired up to get the ring.

“Anytime we can showcase our kids and give them things they can remember, it is always a positive thing,” Granger said. “Ke’Andre was excited to get the ring and so were the coaches.”

Jones was able to design the championship ring, which was bought from Balfour.

“I didn’t want to be the one to design the ring,” Granger said.

“Ke’Andre did a great job of picking out the design and things that he liked. We just went along with it. He had a lot to do with how it looks. Everyone likes it. Balfour usually brings us examples of rings that they have. You can pick and choose things that you like that is related to your victory. He looked at different rings and went with that one.” 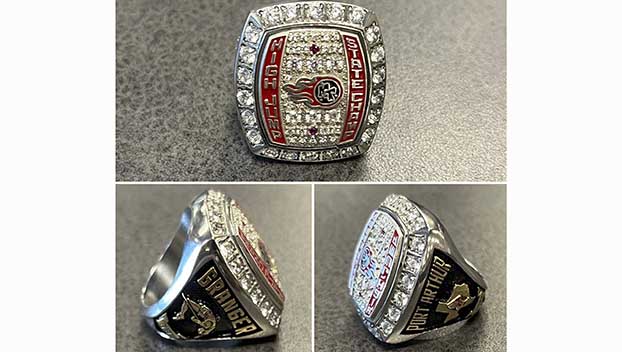 The ring has the Memorial Titans logo on the front, with “High Jump” on one edge and “State Champ” on the other.

On the side, each person got their name placed above an image of a high jumper and the winning jump of 6’8” on a banner beneath. The other side has “Port Arthur” over the outline of Texas with a track symbol in it.

Jones said his favorite feature was his nickname “Keke” was on the ring.

The University Interscholastic League did not always allow those participating in individual sports to receive championship rings, but Granger was happy the UIL changed the rule.

Jones returned to Memorial this year for his senior season. Granger said he is ready to see Jones compete to defend his title.

“I am looking for bigger and better things next year,” the coach said. “I told him he will have some friends riding along with him next year. I am looking forward to the year.”