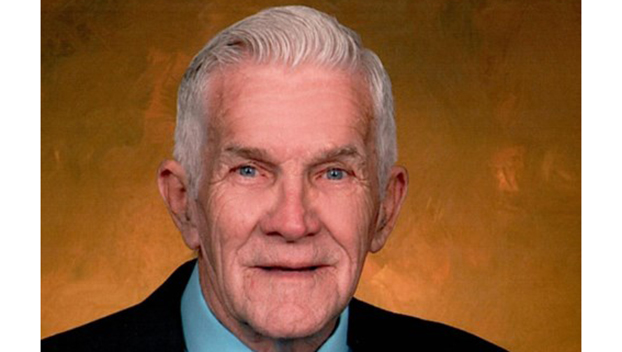 He was born on February 12th, 1934, to Avis Moore Spaulding and Fred Clayton Spaulding.

He attended South Park High School and graduated in 1950.

Over the years he had several jobs starting with selling soda water at the Beaumont Exporters Baseball Stadium.

He later sold shoes at Bakers and at The Fashion in downtown Beaumont. Freddie attended Texas A&M University in 1951 where he was enlisted in the Corp of Cadets.

In 1952 he enlisted in the United States Air Force serving until 1962, reaching the rank of Staff Sergeant.

He was stationed at Lackland AFB, Keesler AFB, he then served in Korea and then in Japan.

He was also stationed at Perrin Field, Dickinson AFB and Ozona Air force Station. Freddie was Honorably Discharged from the Air Force in May 1962. He married Lorella May Rivet in December of 1955 in Beaumont, TX.

After leaving the Air Force they returned to Beaumont where he worked at the Pure Oil Company which later became Union 76.

After his retirement in January of 1990, he worked as an electrician through the IBEW 479 local.

Freddie was a Deacon at the First Baptist Church of Port Neches, where he was an usher, he enjoyed volunteering at the church and cooking at the Men’s Breakfast. Freddie was an Assistant Scoutmaster with Troop 53 in Nederland, TX for many years.

He loved to travel with his wife and Mother-in-law Vera Rivet, in his travel trailer and Motorhome.

One of his favorite places to visit was Hawaii, going there four different times over the years. Another passion of Freddie’s was collecting Hallmark Ornaments, a passion that lasted over 40 years. He enjoyed going to monthly Hallmark Meetings as well.

Freddie was preceded in death by his parents, his in-laws, his sister Marion Pickard, his son-in-law Joe Cloud, and his son John Spaulding.

He will be deeply missed by his wife Lorella of 66 years, his daughter Lori Cloud of Celina, TX, son Stan Spaulding and wife Linda of Dripping Springs, TX and numerous grandchildren and great grandchildren.

The family would like to extend a special thank you to Mike and Pam Hayes, “Eddie” Adams, Serenity Health Care and Harbor Hospice. We appreciate all the time and love you shared with Freddie.