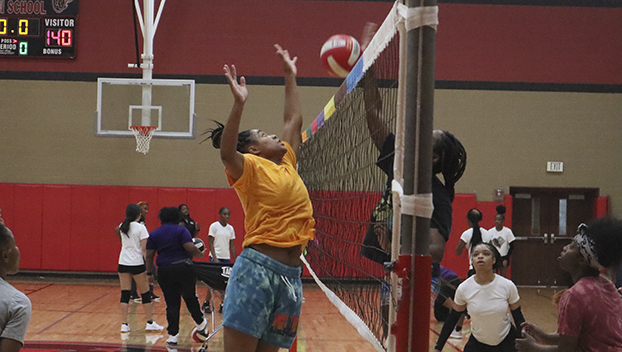 The Memorial volleyball team has new leadership as Sinclair Mauldin moved up from Lincoln Middle School, where she was the head volleyball coach for the past four years.

She takes over a program that has struggled in recent years with the goal of changing the culture.

“I feel like we have been working hard over this summer and the girls are ready to show what they have been working on,” Mauldin said. “I feel like I have settled in quite nicely. I have had the privledge of working with some of these girls when they were in the eighth grade. I didn’t come in not knowing the kids. I knew the majority of them. That was a great thing. I just had to get them to buy into the system. Now we are ready to go and we get to see what the future has for us.” 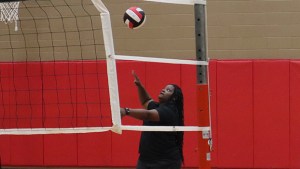 Mauldin said a few girls separated themselves as leaders for the team.

“We had Avah Williams, who is going to be a senior this year,” the coach said. “We also have seniors Lily Pham and Charnel Jones. They have been working hard and have been trying to lead this program to a winning season.”

Mauldin said the biggest objective for the season is to change the mindset of her student athletes.

“We want to show them they can actually obtain and do things that they haven’t done in the past,” Mauldin said. “We want them to build comradery and show the community that these girls are here and they are going to work hard.”

Williams said the team has a little more pep in their step as the season start nears.

“We want to be better than we were last year,” she said. “So far, it is going pretty well. Last year we had a lot of cliques and stuff. We are one team this year. We are grouped together and one big family. We communicate better and talk to each other.”

Jones was not shy about where the bar is set for the team.

“Going to state is the goal,” she said. “We have to prove everyone wrong.”

Coming from the middle school team, Mauldin is obviously familiar with many of the incoming freshmen at Memorial. She said she has been impressed with how some of her former middle school players have done in competition with seniors.