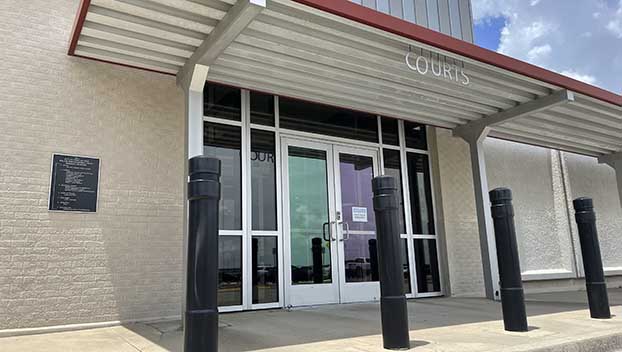 The Port Arthur Municipal Court could soon have a new name following a councilman’s suggestion to honor a late judge.

Councilman Cal Jones on asked the City Council this week to consider renaming the Municipal Court after Judge Kermit Morrison, who died July 11. He was 74.

“We’ve got all these names of people right here, trailblazers who worked hard in this city and sacrificed, and we have no streets named behind them, no buildings named behind them,” Jones said. “(Morrison) served 37 years in that court.”

The topic was part of the councilman’s request to also memorialize two other Port Arthur natives by renaming streets in their honor.

Jones said the city has a multitude of streets named for cities that don’t have roads for Port Arthur as well as the names of people who are unfamiliar to the current generation.

City Attorney Valecia Tizeno said there are two ways to rename a street — honorary and official.

“If you do a permanent renaming, you have to have authorization of 75 percent of the people on that street because they have to change their driver’s licenses, insurance, all of their paperwork,” she said. “You have honorary, where you keep your same name but it’s still an honorary way as we did for Mr. (Edgar) Wise. Like in Nederland, they have Bum Phillips Way but it’s still Nederland Avenue.”

In June 2017, council passed a resolution adopting a ceremonial street naming policy to call a portion of 17th Street Edgar Wise Way in honor of his 102nd birthday. The retired Gulf Oil employee and 50-year member of 1st Sixth Street Baptist Church died in March 2019, four days before he would have turned 104.

The resolution calling for Edgar Wise Way specifies that ceremonial streets have historical or other significance, bear the name of a deceased person unless the council grants an exception, not be similar in name to another city street or facility, and must either be the complete street or a logical segment.

In addition, 50 percent of businesses and homeowners in the area must sign a petition granting approval, and the ceremonial name will not change the legal name of the street.