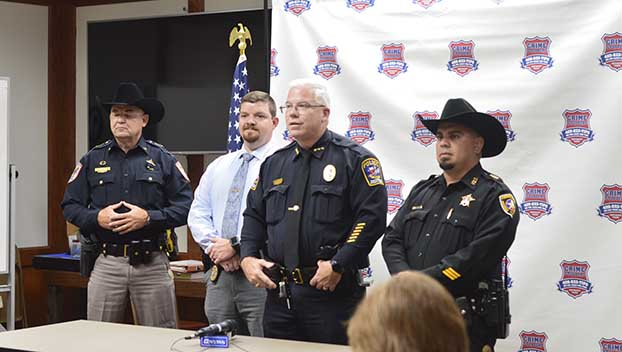 A popular true crime podcast this week focused on a 31-year-old cold case in Vidor that has for decades captivated the country and inspired the 2017 Oscar-winning film “Three Billboards Outside Ebbing, Missouri.”

Kathy Fulton Page, who was 34 at the time of her death, was strangled in 1991. According to information from the Texas Department of Public Safety, on the morning of May 14, 1991, she was found by the Vidor Police Department inside her car, which was in a ditch near her residence.

“She had been strangled and the vehicle was positioned in a ditch in a staged attempt to conceal the murder as a car accident,” DPS said in a written statement. “The investigation revealed that at the time of her death, Page was recently separated from her husband of 13 years. She worked at a local restaurant in Beaumont.”

Page’s estranged husband, Steve Page, was not indicted or convicted of murder. In 1995, Kathy Page’s parents, James and Dorothy Fulton, filed a civil suit against Steve Page in an attempt to block him from receiving funds from Kathy Page’s life insurance policy. A jury found Steve Page guilty of causing his estranged wife’s death.

In 2021, on the 30th anniversary of her murder, Kathy Page’s parents joined the Vidor Police Department to announce a $50,000 reward through Crime Stoppers of Southeast Texas for information leading to the arrest and conviction of the person(s) responsible for her death.

At that time, Vidor Police Chief Rod Carroll said “another piece of the puzzle” had been obtained using DNA testing.

“Someone will come along and solve this case,” James Fulton said during the news conference. “I will keep the signs on the freeway until I die.” 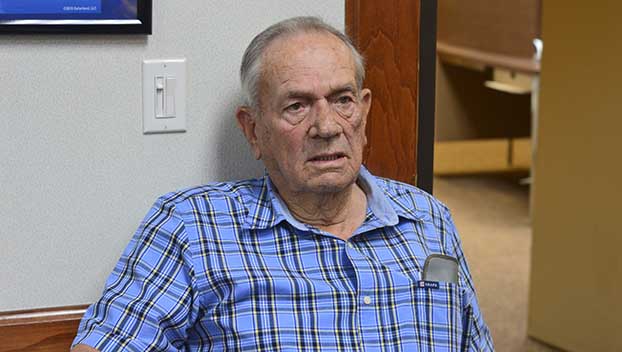 James Fulton, father of Kathy Fulton Page, has placed billboards in and around Vidor for decades calling for justice in his daughter’s 1991 death. (Archive photo)

The signs referenced are the billboards that have for decades been on Interstate 10 in and around Vidor, calling not only for justice but at times naming Steve Page as Kathy Page’s killer.

Film director Martin McDonagh reportedly saw the signs in the late 90s while traveling through the area, leading to the making of “Three Billboards Outside Ebbing, Missouri.”

“Figuratively, and in this case literally, all signs seemed to point to one man as the killer,” podcast host Ashley Flowers says in the episode. “And yet, decades later, this case remains open and unsolved.”

“According to reporting by Laurie Haynes with The Orange Leader, Detective Ray Mosely is immediately struck when Steve Page, Kathy’s husband, answers the door wearing only his underwear,” she says. “Now to be fair, it was around 5 a.m., he was at home. But still Mosely notes it as odd. Even more odd, before Mosely can even get out the words that Kathy is dead, Steve says Kathy is not home and asks if this is about her.”

Anyone with information regarding the murder of Kathy Page is asked to call crime Stoppers at 409-833-8477.