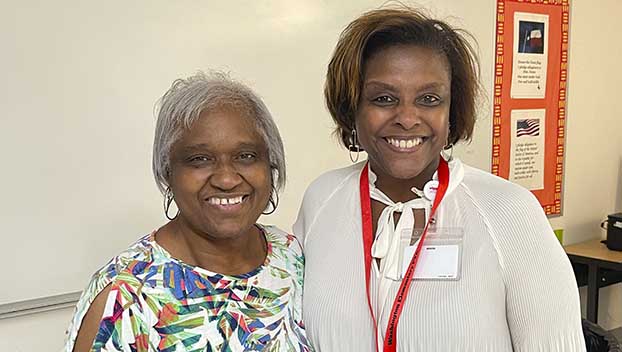 As Mr. Rodgers said, “look for the helpers.” And this week I was in no short of finding them in Port Arthur.

Wednesday alone began with our Teacher of the Month presentation. This partnership with Philpott Motors has been a personal highlight of each month since we began the program in January.

This month we surprised Myron Getwood, who has been a social studies teacher for 37 years and currently teaches second grade at Washington Elementary School.

We never ask the Teacher of the Month what they’re going to spend their award money on, but Getwood was excited when she outwardly acknowledged how many supplies she could buy for her classroom.

Only seconds after learning she was getting $500 just for being a leader in education, she solidified that by saying that money would be going to her students to better their education.

So often we hear of the stress educators undergo having to spend their own money to make their classroom a fun learning environment. And while it was somewhat heartbreaking to hear Getwood say that’s where her reward money would go, it was also incredibly inspiring to see a teacher so dedicated to her students that her first thought was how the money could better their education.

And while Getwood teaches the standard social studies curriculum, she also has a unit focused on only Port Arthur community leaders and helpers.

Her students aren’t just learning about the state and country they live in, but also the history of their hometown.

And her principal, Lucrecia Harris, was quick to brag on that, as well as Getwood’s kind and caring nature. 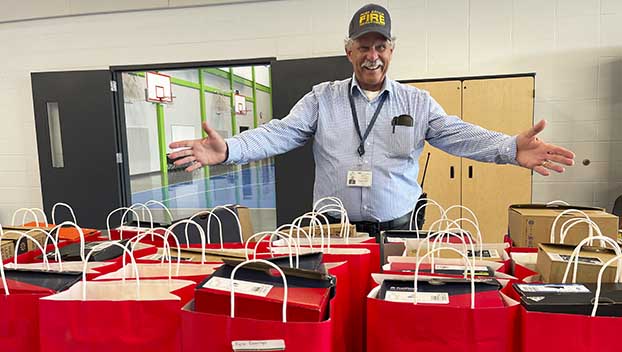 Fire Chief Greg Benson, who oversees the Board of Directors, stands with shoes that were given to the Summer Day Camp attendees. (Monique Batson/The News)

Later in the day, after leaving the school, I went to the Willie Carter Outreach Center, which is one of my favorite local places to visit. Not only is it a huge community gem, but everyone there is always delightful and just happy to be in the moment.

Currently they’re preparing for Saturday’s Back to School supply drive, which will provide 1,500 backpacks with supplies to Port Arthur students.

The officials at the Carter Center spend six months preparing for this annual event, all to help ease the stress on 1,500 local students and their families.

This will be the 22nd year for the event, which will also include other community groups giving out socks, underwear and sack lunches.

The start of the school year is incredibly stressful for parents, especially now with inflation on the rise. But it’s also hard on the students who face shame or embarrassment when they arrive at school without supplies or with used ones from last year.

With the help of sponsors and other community groups, the Carter Center is alleviating that stress for so many deserving families.

But what the center does on the other 364 days of the year is equally as impressive and necessary.

This nonprofit is dedicated to helping people with substance abuse or mental health problems find the help and support they need, whether it’s fellowship or ways to find employment.

The best parts of Port Arthur are all around you.

Just look for the helpers. I promise, they aren’t hard to find.