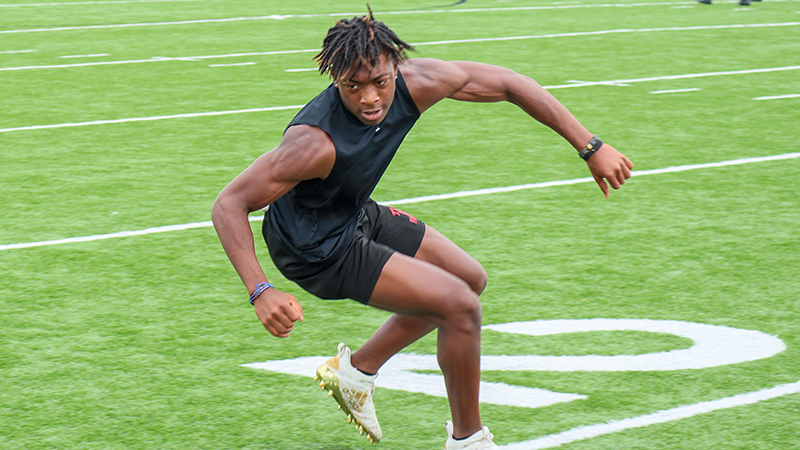 An offensive player with elite speed keeps the defense on its toes. It makes every defender account for the speedsters’ whereabouts at all times.

A defender with exceptional quickness can make plays that the offense can’t prepare for. A fast corner can give a little more cushion and bait a quarterback to throw to an covered receiver.

At Memorial, Port Neches-Groves and Nederland, there are players with game-breaking speed on both sides of the ball.

For the Titans, cornerback Jelani Chevalier could hold the title of fastest man on the team. He ran in multiple events during the track season, making it all the way to the regional round.

The Titans are always loaded with speed at almost every position thanks, in large part, to the synergy between the football and track programs.

“(Speed) is probably the No. 1 foundation to our program,” Memorial Head Coach Brian Morgan said. “…Track in Port Arthur is nothing new and has been strong for a really long time. As a football program, if we have the best track coaches around and the best at developing speed, why wouldn’t we use that? Not all programs are run like that, and everyone has their ways, but track season is nonnegotiable for our football players.”

Morgan said Chevalier is a player that can be one of the top performers on the track and on the football field.

“Being able to run has its natural football advantages,” Morgan said. “I think it helps with confidence, too. What a lot of kids don’t realize is the real advantage of track. It teaches them how to run and put it together with natural weight room development. Every year we have guys that go through that process and might not get faster until their senior year.” 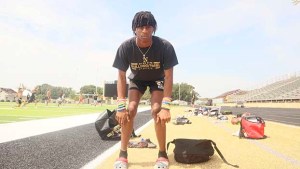 Ned Roman: Travis Roman will play both sides of the ball for Bulldogs this season. (Chris Moore/The News)

The Nederland Bulldogs also feature speed at the cornerback position. Nederland Head Coach Monte Barrow said Travis Roman and Isaiah Hernandez could take the title of fastest on the team.

At a recent football camp, Roman clocked a 4.37 40-yard dash, which puts him in pretty rarified company. The Bulldogs might not give up many deep balls this season because Hernandez, who is entering his sophomore year, is also know for his speed.

“We know what we go up against,” Barrow said. “There are guys in our district and in non-district that can get up and down the field. If you are always having to put someone on top of the guy and then another guy over the top of that, you are loosening your reins elsewhere. If you have guys that you feel good running out wide, it can allow you to do more defensively.” 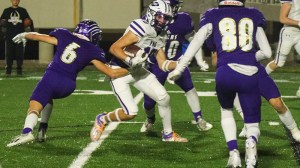 Port Neches-Groves might have someone that can test speed of opposing defensive backs.

Chance Prosperie consistently got behind defenders last season as he led the team in yards and receptions.