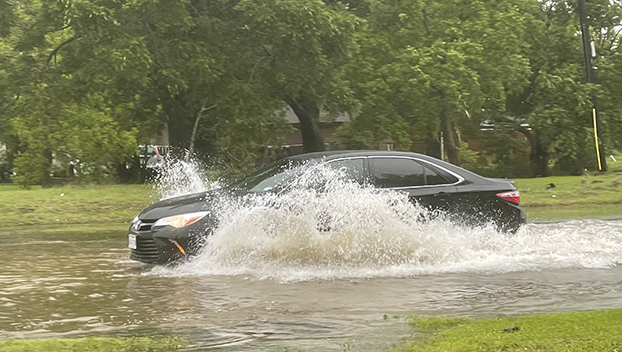 With hurricane season underway, city council and staff this week turned their attention to flood prevention following a July 1 rain event that dropped as much as 10 inches on the city within a 12-hour period.

“Specifically in District 3, the Fairway Estates area, we received calls about Jimmy Johnson near Golf Hill, the end of Heatherbrook Trail, Aurora Meadows and Fairway Meadows. And also…Brazos between Rice Farm Road and 77th Street,” Roberts said. “The city does not have any pump stations in that area.”

The City of Port Arthur and Drainage District 7 operate pump stations in the area to alleviate the pooling of water.

But on July 1, Roberts said, drought conditions made that process more difficult.

“Whenever we receive this deluge of rain, that did affect and cause some flooding conditions again,” she said, adding the ground is initially too hard to soak in the water.

Councilman Donald Frank questioned the pump station at the intersection of Gulfway Drive and Houston Avenue.

“From everything that I’ve been told, that pump…works sporadically,” he said. “It doesn’t work all the time. So that is an immediate fix.” 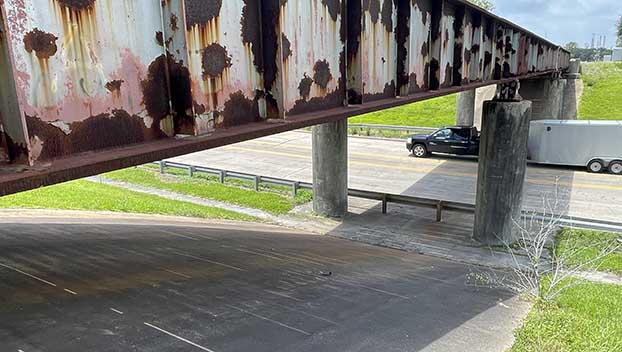 An underpass at the intersection of Gulfway Drive and Houston Avenue was temporarily turned into a retention pond during a recent rain event. (Monique Batson/The News)

Roberts said on July 1, heavy flooding on 17th, 18th and 19th streets forced the public works department to temporarily turn off some pumps and allow water to pool at the Gulfway Drive and Houston Avenue underpass, creating a retention pond. The area, Roberts said, was roped off.

“If we are doing routine maintenance…on our pumps, for sure that pump on Gulfway — I know it probably doesn’t work as well as the pump on Memorial because the one on Memorial cleared where Gulfway was a swimming pool,” he said. “And then there were some folks calling me because children had gone out there and began to dive into the water off of the overpass, which would have been another liability that we would have had if something bad happened.”

Councilman Thomas Kinlaw, who oversees the aforementioned areas in District 3 that do not have a pump station, asked for a specific plan.

The National Oceanic and Atmospheric Administration in May predicted an above-normal Atlantic Hurricane Season, which ends Nov. 1.

Roberts said the department has staff that maintains the pumps and checks them daily on a 24-hour basis.

“We will continually work our preventative maintenance plan through the public works department to make sure none of the drainage system, not only in District 3 but for the city, is compromised,” said City Manager Ron Burton. “And as the director said, we do that on a daily basis, but we will continually diligently do that.”