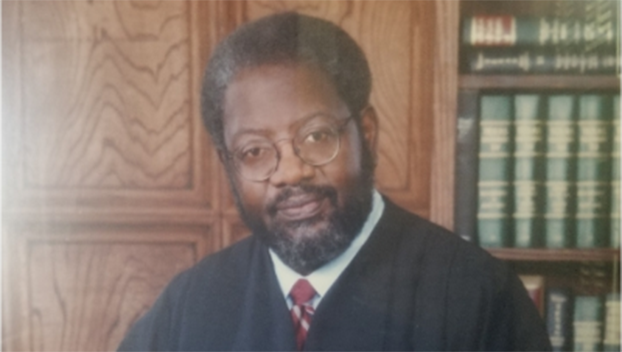 Judge Kermit C. Morrison Jr. began his journey to eternity on July 11, 2022, after 74 years of servitude in this world.

He was born on verteran’s day, November 11, 1947 in Navasota, Texas, and was the first of six children from Kermit Sr. and Ora Warren.

Among other things, his adolescent years included short-order cooking, football, basketball, and boxing, but education was always his main objective.

From there he attended Texas Southern University where, in order to finish faster, he entered into a special dual curriculum of pre-law and law.

He received his Doctorate degree from The Thurgood Marshall School of Law. He dedicated the last half of his life to getting a thorough education in the Bible and living his life according to its word. He was an active member of the Memorial Church of Christ.

The Judge’s legal career began as an Attorney with the Federal Trade Commission in Washington D.C. and subsequently transferred to the office in New Orleans, Louisian.

In 1974 after gaining some experience, both he and his wife Attorney Stella Morrison, moved to Port Arthur, TX to open their private practice, he specializing in family law and her in criminal.

In 1984, he accepted the role of Port Arthur’s Municipal Court Judge and served it faithfully until retiring on December 31, 2021.

During that same time, he served on the boards of several social and non-profit organizations as well as working as sthe Attorney for Tekoa Academy of Accelerated Studies.

His eternal journey will reconnect him with: his parents Kermit C. Morrison, Sr., and Ora Lee Warren; his brothers Michael, Herbert and Robert Morrison; his sister Ora L. Morrison and his daughter Jewel Marie Morrison.

Under The Direction of Moody-Harris Funeral Home