City of Groves calls for November election; see what seats must be filled 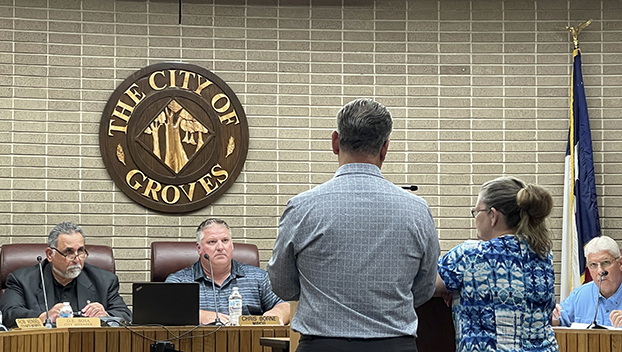 GROVES — Four seats are up for election in November in Groves, with filing set to begin Monday.

Borne was first elected to the Ward 1 seat in 2019, then won the mayoral election the following year.

Oliver and Dugas were voted into office in 2020, and the City Marshal earned his seat in 2014.

Filing runs through Aug. 22. All four of the seats have two-year terms.

Early voting runs from Oct. 24 to Nov. 4 for the General Election on Nov. 8, according to information from the city.

Councilmembers on Monday approved calling for the election and approved an election services contract between Jefferson County and the City of Groves.

In other action, council members pulled an item from the agenda appointing a replacement for retired City Prosecutor Jesse Branick. The recommendation for the spot was Nathan L. “Buddy” Reynolds Jr., according to the agenda.

City Manager D.E. Sosa said the issue was removed from the agenda in the absence of the city attorney.