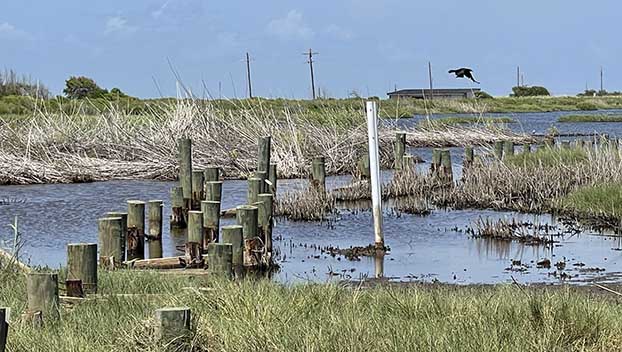 SABINE PASS — A longtime attraction at Sea Rim State Park will soon be returning as officials prepare for the construction of the Gambusia Nature Trail.

The boardwalk, which once spanned three-fourths of one mile, was a nature trail and educational experience built to accommodate the Americans with Disabilities Act.

But following years of storm damage, in early 2020 the decades-old boardwalk had to be torn down.

“A group of birders had gone out there and they stopped to look at a bird and the trail dropped 4-6 inches,” said Nathan Londenberg, park superintendent and park police officer. “No one was hurt, but we realized we needed to close it.”

The boardwalk’s official age is unknown.

“Sea Rim State Park originally opened in the late 70s,” Londenberg said. “I imagine the boardwalk probably opened in the early 80s. I’ve seen some pictures of when it was being built, and it looks late 70s/early 80s by the clothes they were wearing.” 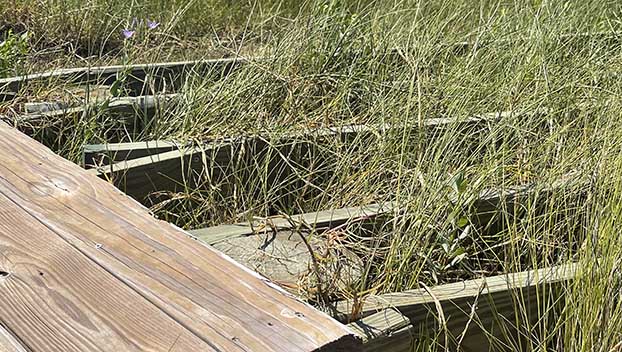 Since then, the trail served as an attraction for park visitors, school field trips and nature lovers.

“It was a chance for people to walk around there and get that first hand experience with marshland environment, which is so important in this part of Texas,” the park superintendent said. “You’re walking on the boardwalk just a couple of inches above the surface of the water and experience all the wildlife that live out there — crawfish, crabs, wildlife, wonderful birding, even alligators. It was really neat.”

According to Texas Parks and Wildlife, Sea Rim State Park spans 5.2 miles of the Gulf Coast and includes 4,000 acres of marshland.

The boardwalk was named after the Gambusia fish, known for eating mosquitoes.

In April, Sea Rim State Park was awarded a $5,000 grant as part of the Environmental Champions Initiative powered by Port Arthur LNG.

Additional money was obtained through ADA funding and TPW grants. Originally, officials anticipated the project to require $500,000, but Londenberg said they were able to find a contractor that gave a substantially lower bid.

Construction is expected to begin within the next two months and take about six months to complete.

The rebuilt boardwalk will be an identical replica of the original version.