Third candidate enters race for Pct. 2 Justice of the Peace 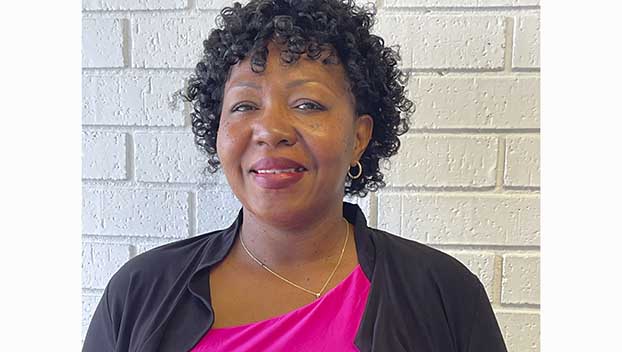 A race thought complete after the March primaries now has a third candidate.

Kyrin Baker, 48, will be running for Precinct 2 Justice of the Peace as an independent.

“I wanted to give back to the community,” Baker said. “I feel that this was the thing to do. I’m running as an independent, and that required us to get signatures. That gave me the opportunity to meet so many people and see the needs, which gave me even more of a drive to become justice of the peace.”

The Port Arthur native graduated from Stephen F. Austin High School in 1992 before going on to study criminal justice in college. However, she ultimately went into the health care field.

Currently she owns a consulting firm where she works as a liaison between doctors and patients. But criminal justice has remained at the forefront of her mind.

“She’s unbiased,” said Erica Mitchell, Baker’s campaign treasurer and life-long friend. “She’s going to tell you right is right, wrong is wrong. It doesn’t matter if you think that it should be that way, if the law says this, we’re going to go by what the law says. We’re not going to go with public opinion.”

In order to run as an independent, following the primary election, a candidate must obtain 500 signatures to be placed on the ballot, according to information from the Secretary of State’s office.

“That gave me the opportunity to meet so many people and see the needs, which gave me even more of a drive to become justice of the peace,” she said.

Issues at the top of her list include the just ruling of landlord tenant disputes and truancy.

“How can we reduce and decrease truancy? Is it a family issue?” she said. “It’s not always the parent’s fault; kids sometimes do what they want to do. But there’s something going there — sometimes it’s mental health issues. We don’t know what it is. But we have to try to build that bridge to find out what’s going on between the household and the judicial system.”

Mitchell said it was time for Baker to run for justice of the peace.

Following the March primaries, Joseph Guillory was deemed victor of the race as there was no Republican opponent.