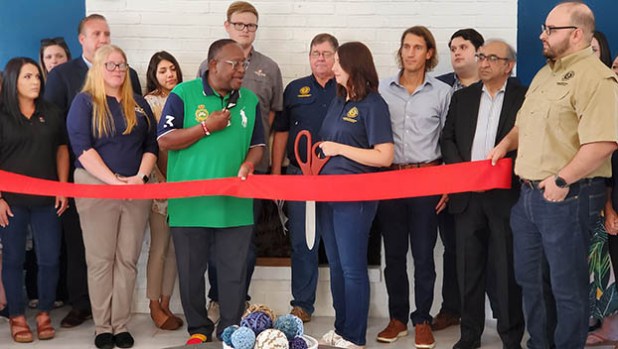 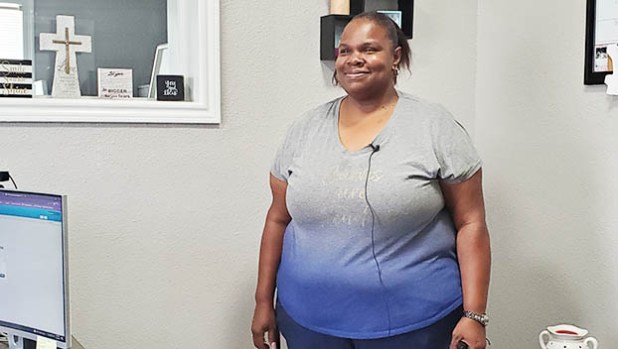 Dana Naville, a tenant at Cedar Ridge apartments, talks about the rehabilitation of the units. (Mary Meaux/The News) 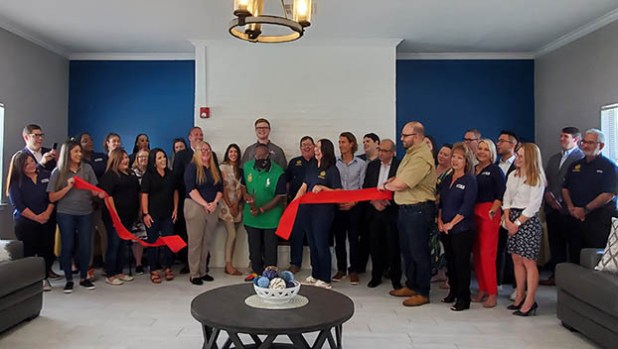 Dignitaries, along with members of the ITEX Group, Texas General Land Office and Greater Port Arthur Chamber of Commerce speak with each other during the ribbon cutting. (Mary Meaux/The News) 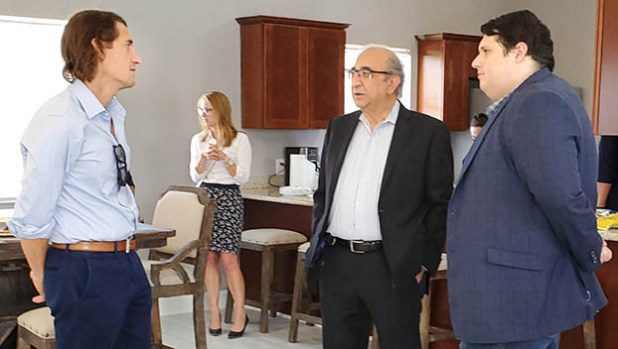 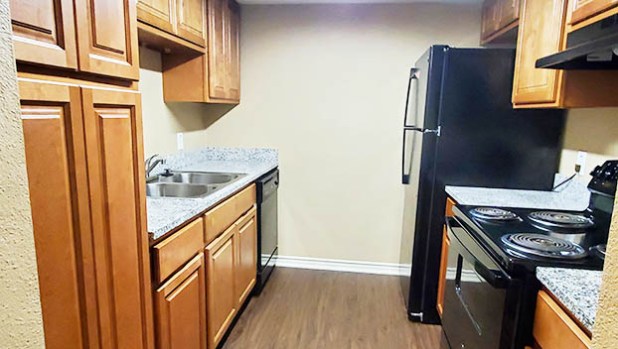 A view of the kitchen in one of the newly rehabilitated apartments. (Mary Meaux/The News)

The Texas General Land Office celebrated the completion of a $6.4 million rehabilitation project to a Port Arthur apartment complex this week with a ribbon cutting and tour.

The rehab work at Cedar Ridge Apartments was funded from the Texas General Land Office to replace affordable rental housing damaged or destroyed by Hurricane Harvey. Staff members with the property management team ITEX were also in attendance.

Tenent Dana Naville, who has lived at the complex for more than 20 years, said she loves everything about her apartment.

Through the years, she has seen several hurricanes, dating back to Rita and lost everything in the storms, then started all over again.

The differences in pre and post work on the apartments were stated simply by Naville.

“The rooms are bigger. The AC is way cooler but other than that everything is the same,” Naville said with a smile. “I like the granite tops in the kitchen, the appliances, the bathroom. Everything is really nice.”

Catherine McKee, with the GLO, said the rehabilitation to the apartments included work on everything except the sheetrock. The lower units had been repaired after the storm and the residents moved to other units while the work was underway.

McKee welcomed the group of well wishers who gathered in the community room at the complex, saying they are excited to celebrate the project.

“After two years of COVID, we’re happy to have you here to see taxpayers’ dollars at work and to witness all the lives that have been impacted here in Port Arthur and to see how these funds are being put to use,” McKee said.

Mayor Thurman Bartie was ecstatic, he said, of the work done in the community to provide people with a decent place to live and for revitalizing the facility.

The Texas GLO undertook efforts using $588 million in Community Development Bloc Grant for Disaster recovery funds from the U.S. Department of Housing and Urban Development to help rehabilitate, reconstruct and construct 82 multifamily rental housing damaged or destroyed by Hurricane Harvey in 48 eligible counties outside the city of Houston and Harris County.