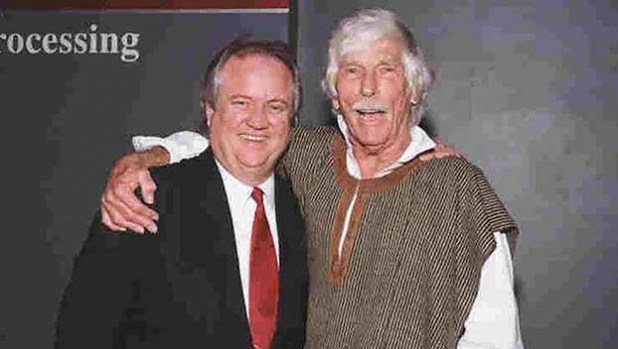 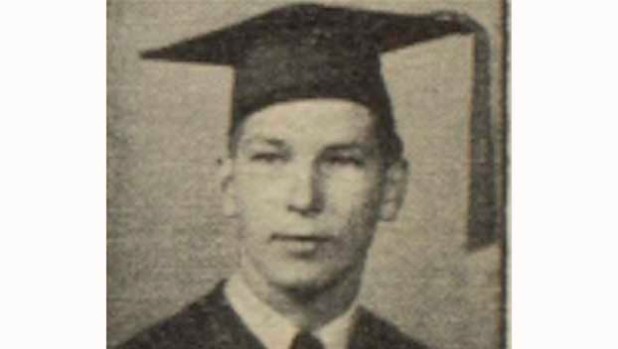 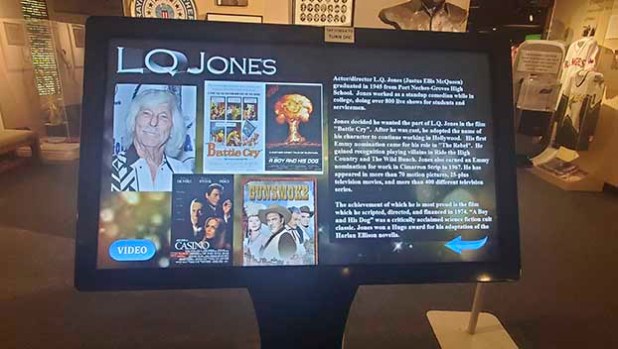 An interactive display on L.Q. Jones at the Museum of the Gulf Coast. (Mary Meaux/The News) 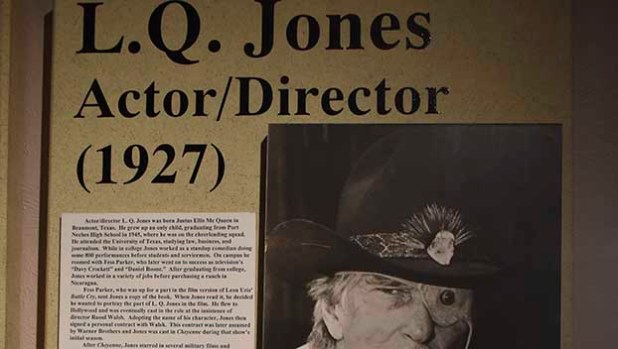 A placard with information on L.Q. Jones at the Museum. (Mary Meaux/The News) 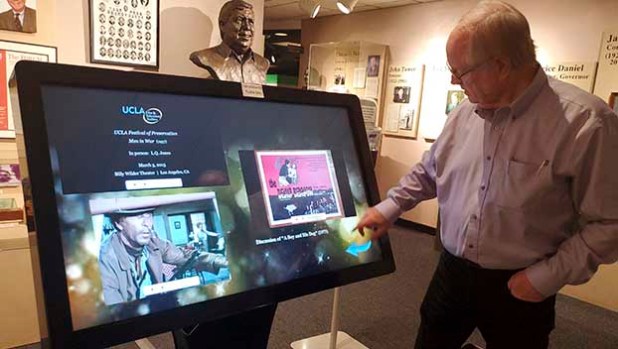 Tom Neal, executive director with the Museum of the Gulf Coast, flips through video clips of L.Q. Jones at the Museum in July. (Mary Meaux/The News)

J.E. McQueen earned the title Most Popular Boy in his graduating class at Port Neches High School in the mid-1940s and stayed true to the moniker through his years in Hollywood as actor/director L.Q. Jones.

The veteran actor, who worked alongside the likes of John Wayne, Clint Eastwood, Robert DeNiro and Elvis Presley and starred in movies such as Casino, The Patriot and Mask of Zorro, died Saturday at the age of 94 in Los Angeles.

Born in Beaumont as Justus Ellis McQueen, he went to school in Port Neches and was very involved in student organizations from orchestra and student council to Latin and Spanish clubs, National Honor Society and cheerleader. He went on to attend the University of Texas, where he was on the cheer squad and graduated in law, business and journalism, according to information from the Museum of the Gulf coast.

Tom Neal, executive director with the Museum of the Gulf Coast, has fond memories of Jones during the actor’s visits back to the area.

Jones, Neal recalled, once served as parade marshal. The parade marshal vehicle got about three blocks then all of a sudden, the vehicle pulls off to a side road.

“They start circling back and told the band to keep going. He got out and started shaking hands with the crowd. That’s the kind of guy he was,” Neal said. “He was big in life. He would hug you and just carry on with you. L.Q was just a prince of a guy. The nicest guy you ever met and worked with.”

Neal, along with President of the Port Arthur Historical Society Dr. Sam Monroe, produced a “This is Your Life” type of video focusing on Jones some years ago. Monroe interviewed the actor while Neal produced the videos.

The veteran actor has numerous film and TV credits and worked on many projects with director Sam Peckinpah.

Jones earned a Hugo award for his adaptation of the science fiction novella “A Boy and His Dog,” a film he scripted, directed and financed in 1974.

The novella “A Boy and His Dog” was written by Harlan Ellison, and is considered the inspiration for Jones’ film, according to Jones’ biographical information at the Museum. After the first 10 minutes, L.Q. Jones penned and directed a visually stunning continuation of Ellison’s story.

“Using what he had learned as one of Sam Peckinpah’s favorite actors, he creates a future that is dirty, gritty and dystopian,” the bio read. “George Miller has credited A Boy and His Dog as the inspiration for his Mad Max films. Science fiction films, series and games, such as Star Wars, and The Mandalorian, often place their characters in this same sparse and remote desert. That all traces back to the original vision of L.Q. Jones.”

Jones was inducted into the Museum’s Notable People Hall of fame in October 2001.

The Museum, 700 Procter St., has an interactive panel with videos of Jones and other information.