See what upgrades Memorial Stadium will get before fall football kickoff 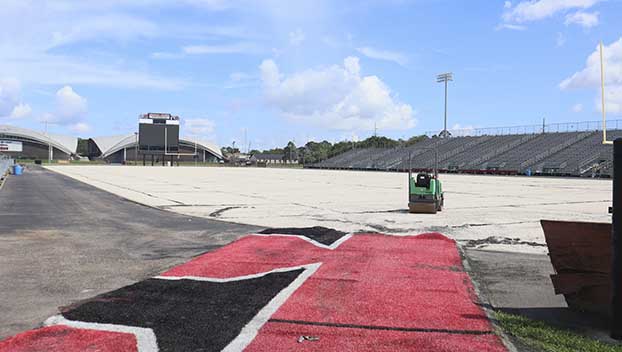 Work crews have taken up the old turf at Memorial Stadium but a piece of the old end zone is being used as a crossing path. (Chris Moore/The News)

Memorial Stadium is undergoing some upgrades in preparation for the 2022 football season.

New turf and a new video screen are in the works with Memorial Athletic Director and Head Football Coach Brian Morgan aiming for the projects to be complete well before the Titans host West Brook in mid August.

“They are in the process of putting the turf in, and it should be done in a few weeks,” Morgan said.

“The scoreboard is done. The turf is ripped up and in the parking lot. They are in the process of putting the new turf in now.” 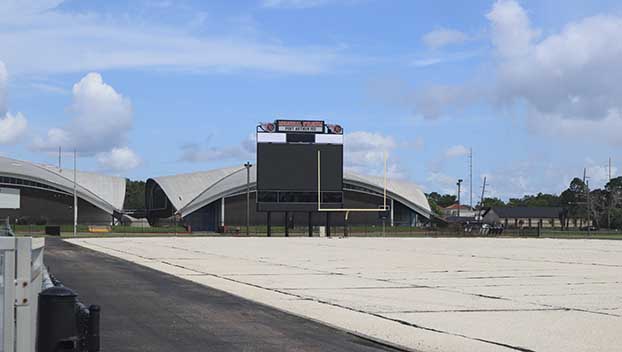 The new scoreboard is up and ready for the Friday night lights. (Chris Moore/The News)

Work crews were out at the stadium Wednesday unloading the new turf in the Memorial Stadium parking lot.

Bundles of the old turf were also rolled up in the parking lot awaiting disposal. Part of the end zone turf had been turned into a makeshift walkway for workers to get from the stadium entrance to the field.

Morgan said the company installing the video board had to work closely with the company replacing the turf.

“Some of the electrical stuff has to go under the turf,” Morgan said. “They had to really work together as far as timing.”

PAISD School Board President Debra Ambroise said the district is dedicated to providing the best facilities for students and student-athletes. 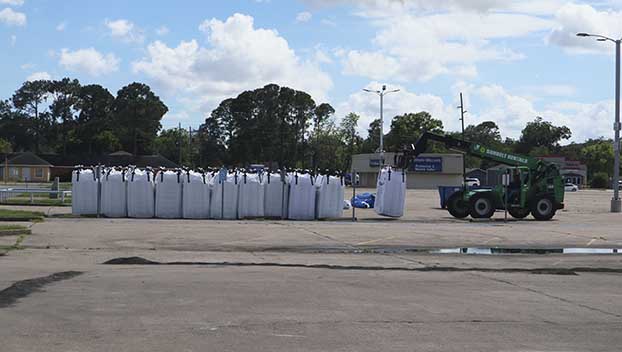 “We are excited about all of our facility upgrades,” she said.

“These upgrades are actually part of our 2014 bond. We are so appreciative to the citizens of Port Arthur for supporting us. Improvements such as this will benefit us now and for many, many years to come. We believe our students deserve the best and to be exposed to the very best academics and facilities. For us to reach our goals of academic excellence, we have to expose our students to the highest quality. We are excited because it will benefit our children and their children for many years to come.”

The turf Memorial played on last season was installed in 2010.

“I think it will be a much better tackling experience when they fall on it,” he said.

“It has been pretty hard. Our kids are used to it. They didn’t really think nothing of it. Teams would come in from out of town and said it was getting hard. We liked it because it was fast turf, as well. It needed to be done. We like having a good facility for our kids to play at.”

The turf, which was approved by the school board this spring, cost just more than $570,000 and is being replaced by Field Turf USA.

The school board approved the new scoreboard at the beginning of the year to the tune of $777,000.