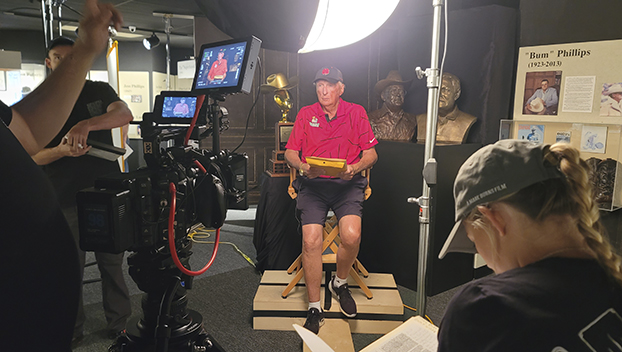 Bob West will be featured in documentary about the Phillips family. (Courtesy photo)

One of Southeast Texas’ most famous football families will be featured in an upcoming documentary.

A crew was in the area last month to record portions of a film about the Phillips family.

The documentary will focus on Oail “Bum” Phillips, Wade Phillips and Wes Phillips. Lucky Number 8 Productions is handling the film, which is tentatively scheduled for release in January to coincide with what would have been Bum Phillips’ 100th birthday.

Bum Phillips was born in Orange in 1923 and was the head coach for Nederland from 1951-1956. He later came back to coach Port Neches-Groves from 1963-1964 before taking the defensive coordinator job for the University of Houston. He is most known for his time as the Houston Oilers head coach from 1975-1980.

“They are just such a wonderful family, and it is a family documentary. We are interviewing some of the wives about dealing with being a head coach’s wife. It is a family-values story, and the family is just so interesting.” 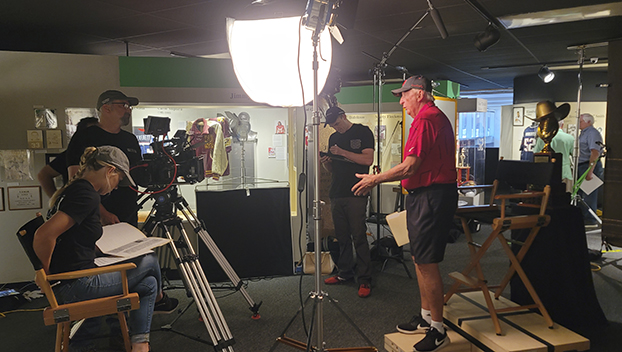 Bob West, in red, talks to the film crew at the Museum of the Gulf Coast. (Courtesy photo)

The production company hired Mark Burns, of Houston, to direct the project.

“He is doing a great job directing the project,” Howard said. “I am pretty excited about it. I think it is going to be one of the best documentaries of 2023. It has been a lot of fun to work on it. The list of people we have interviewed for the documentary is phenomenally talented. If you pick some of the most interesting football players, newscasters and reporters in the country, some of them are going to be in this documentary.”

Howard said viewers will learn facts about Bum they might not have previously known.

“A lot of people don’t know that he was in the heat of World War II,” Howard said. “He was a World War Ii veteran. He was in some pretty tough stuff over there, but he never talked about that. That has been interesting to discover that.”

“Of course, you have the Bum-isms,” he said. “He never took himself too seriously. He was such a wonderful leader to these young men, especially as a head coach. They looked at him as a father figure and one of their best friends after he was no longer coaching them.” 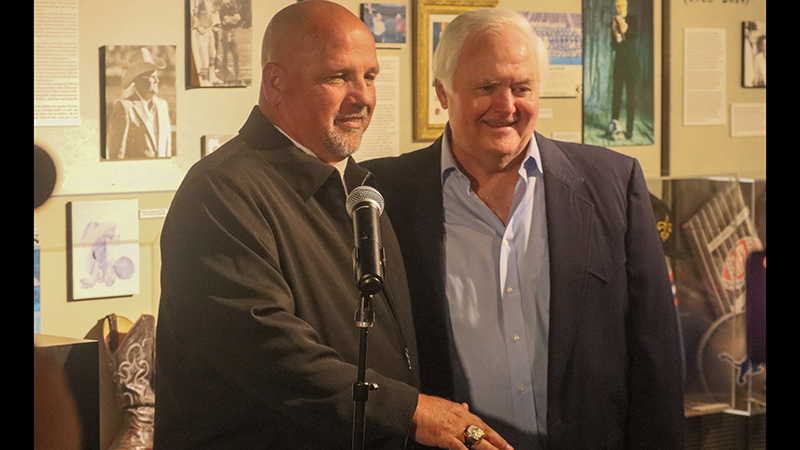 The production crew spent a few days in Southeast Texas conducting interviews and getting shots of the place in which the Phillips family spent so much time.

Wade Phillips was also born in Orange and went to high school in Port Neches. After being a graduate assistant at U of H, Phillips was the defensive coordinator for Lutcher Stark High School, now known as West Orange-Stark.

Wade moved up the ranks quickly and has had some great success at the professional level as the architect for defenses that played in three Super Bowls and won one with the Denver Broncos. He was also the Cowboys head coach from 2007-2010.

The documentary crew interviewed former Port Arthur News Sports Editor Bob West at the Museum of the Gulf Coast for the film.

“I could share some stories that I am not sure anyone else could put out there like Bum’s relationship with Bear Bryant,” West said. “I don’t think a lot of people are aware of how that developed. When Bum was the coach at Nederland, for two years after their Thursday practice, he would get in his truck and drive to College Station and watch A&M practice and visit with Bryant. It so impressed him, that he eventually hired him as his defensive coordinator.” 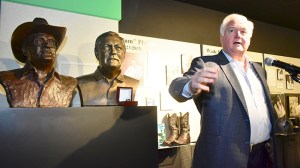 West said Bryant asked Bum Phillips to devise a plan to simplify defensive play calls, which is where Phillips came up with the numbers defense.

Howard said people will be able to find the documentary on streaming platforms.