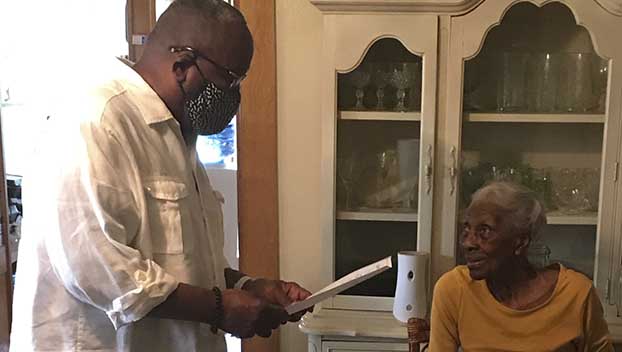 A Port Arthur woman born 105 years ago is set to celebrate her birthday with family Saturday.

Shirley Lewis, Caesar’s only child, spoke highly of her mother, saying she is very pleasant, proud a bit shy and quiet. Caesar still gets around and enjoys watching television, her daughter said. 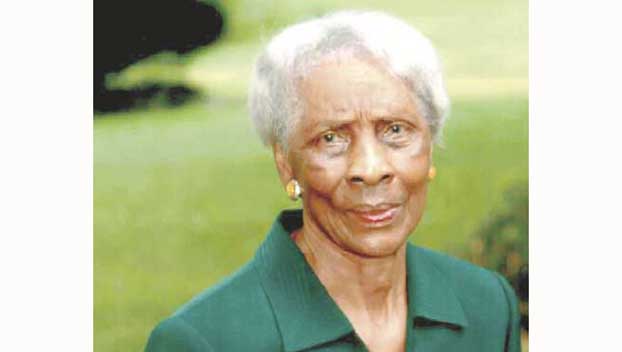 Caesar’s family moved to Port Arthur during her childhood and she later attended Abraham Lincoln High School. After high school she married Herman Caesar and they had one child, Lewis.

Lewis said her parents moved to San Francisco and stayed there for 20 years so her father could find work as a merchant seaman.

Her mother found employment in a cafeteria in California at the University of San Francisco. Lewis stayed with her grandmother and an aunt while her parents were in California but visited during summers, she said.

The couple came back to Port Arthur between 1969 and 1970, when her mother found work as a substitute janitor/maintenance person in different schools.

Caesar lives with her mother in Port Arthur.

Mayor Thurman Bartie has officially wished Caesar a happy birthday several times, declaring July 2, 2020, and July 2021 as “Rosie Caesar Day” in the city. “Whereas may this year provide another year of sweet memories,” the proclamations reads.

The plans for Saturday include a family dinner with Lewis and Caesar’s grandchildren: Keith Lewis, Gregory Lewis, Jamie Lewis, Jeffery Lewis and their families.

“She’s the best mom in the world,” Lewis said.