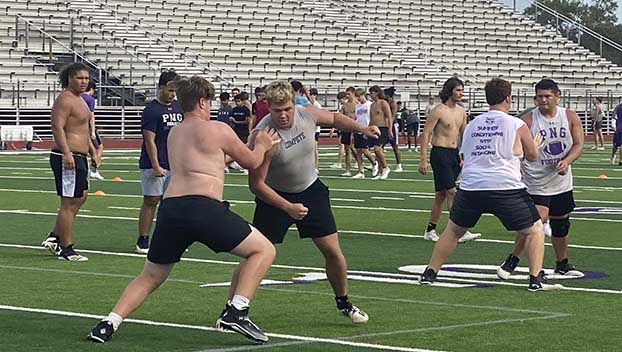 PORT NECHES — For many student-athletes, the recruiting process can be long with offers trickling in over the course of years.

That has not been the case for Port Neches-Groves offensive lineman Jansen Ware, who received 12 Division I offers over the course of the last few months.

“It is a dream come true,” Ware said. “It just happened so fast. I was not expecting it.”

For the past few months, Ware has been quite busy going to camps and campus visits. Ware has performed well at the camps, consistently putting up top-ranked measurables.

“They treat me well,” he said. “It is great hospitality everywhere I go. They put on a show. If they want you, they are going to try and get you.”

Ware, standing at a towering 6’4” and weighing 270 lbs., was surprised when one particular school offered.

“Harvard had been following me around,” Ware said. “They came to the TCU camp just to watch me. They have been following me around and contacting me for the past few months. They finally pulled the trigger. You can kind of feel when it is coming, but it was still such a surprise to me. It is Harvard. It is the No. 1 school in the world.” 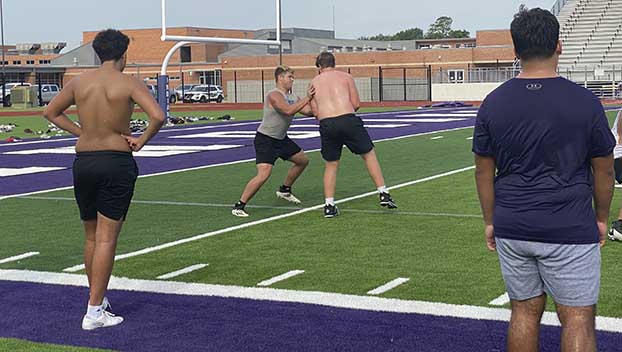 While Harvard isn’t necessarily the football powerhouse many other programs are, but Ware said the academic advantage is something to think about.

“I am super interested in getting my education in college, as well as playing football,” he said. “It is hard to beat the No. 1 school in the world. My mom was crazy about it. She just couldn’t believe it.”

“He is extremely strong,” Feller said of Ware. “A lot of people talk about his athleticism, and his athleticism is as good as I have been around. He is also one of the strongest kids I have been around. He is a smart football player and understands, conceptually, what we want to do. He is a highly intelligent player, which is why Harvard offered him.”

It is still unclear where Ware will play on PNG’s offensive line, which is projected to be one of the top lines in the area for 2022. He has worked at every position during the summer. Ware said he doesn’t have a particular preference, but added he likes pulling and getting out in space, which is typically how guards are used.

Ware thinks he will get some more offers over the next few weeks and months and does not have a set timeline on when he will make a decision for a commitment.