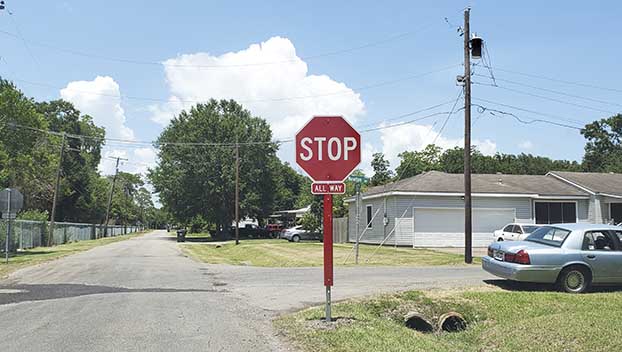 A 3-way stop sign is at the intersection of Newton Street, right, and 34th Street in Groves. (Mary Meaux/The News)

GROVES — A lengthy road in Groves connecting Twin City Highway to Canal Avenue now sports stop signs and will soon call for a decrease in speed.

At 2,000 feet in length, 34th Street has been a focal point due to speed, according to city officials. A cemetery lies on one side of the street and homes dot the other side. Then comes Newton Street connecting into 34th.

The Groves City Council approved lowering the speed limit this week on the stretch of 34th Street from 30 to 20 miles an hour and for placing a 3-way stop sign at the intersection of 34th and Newton streets. 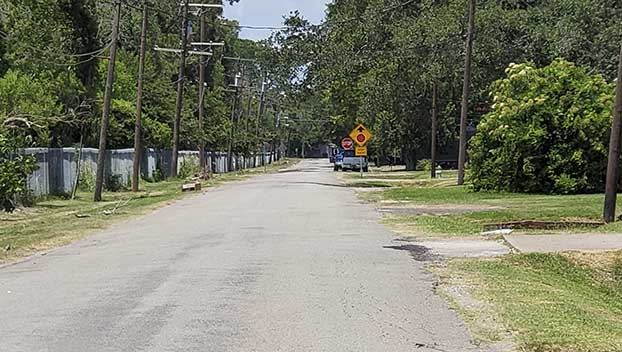 A section of 34th Street from Twin City Highway to Canal Avenue in Groves now has stop signs and the speed limit has been lowered to 20 miles an hour. (Mary Meaux/The News)

By Tuesday afternoon the stop signs were in place.

Ward 4 Councilwoman and mayor pro tem Rhonda Dugas was contacted by a resident in the area who was concerned over the speed limit and the fact there was a straight shot from Twin City Highway to Canal Avenue from 34th Street.

“This makes the street safer,” Dugas said, adding the placement of the 3-way stop will halt motorists.

Groves City Manager D. E. Sosa said 2,000 feet is a long piece of road without a stop sign, and some law-abiding people may go a little faster than the posted speed limit.

Sosa and Dugas said there was a similar issue on Kent Street resulting recently in added stop signs.