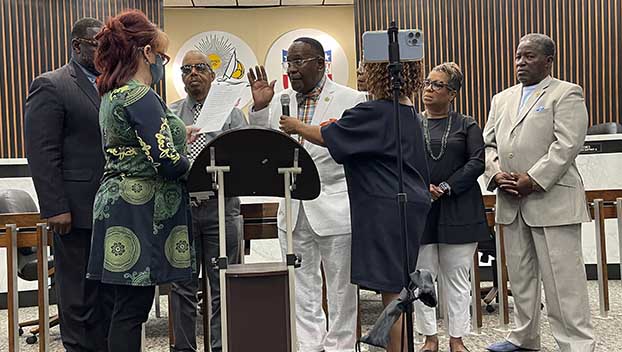 In the special Port Arthur City Council meeting, council members unanimously voted to approve an ordinance canvasing the return and declaring the results of the June 11 runoff election. 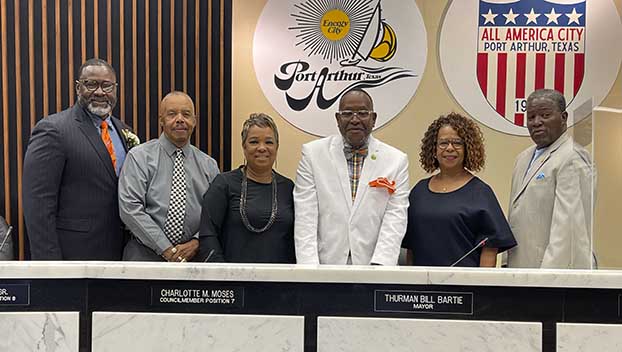 “Love lifted me,” the mayor said after being sworn in. “That’s the reason I stand here today. I thank you, the citizens of the great city of Port Arthur, Texas, for allowing me the opportunity to continue the progress.” 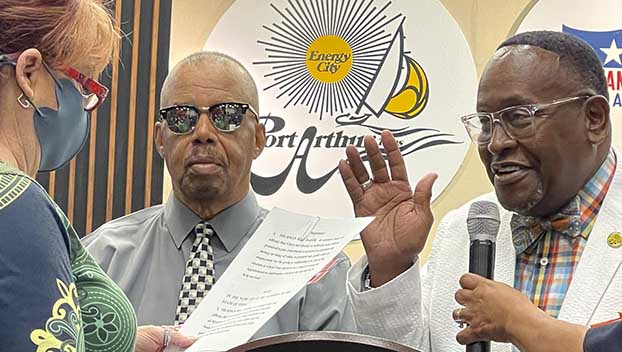 Councilman Cal Jones, center, stands next to Mayor Thurman Bartie as he takes his Oath of Office given by City Secretary Sherri Bellard. (Monique Batson/The News)

He also thanked family members, campaign organizers, supporters and friends, as well as “political foes,” saying their attempt to remove him from office invigorated him to work harder.

“Moving forward, I continue to solicit your prayers as I begin this second term serving as mayor of all Port Arthurans,” Bartie said.

“The road ahead will be filled with smooth terrain as well as rough and rugged stretches. But, the steadfast hold in the assurance of divine intervention is our fundamental source and our foundational source.”