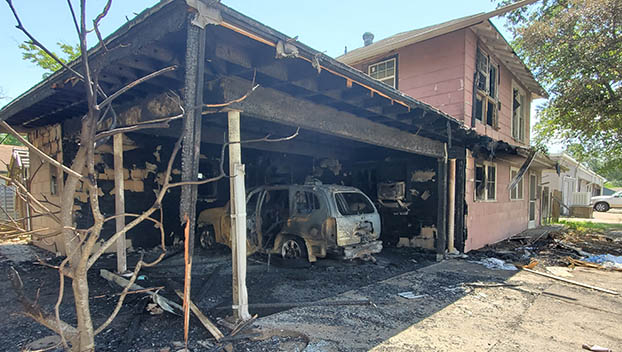 A fire damaged a home in the 1700 block of 5th Avenue Saturday. (Mary Meaux/The News)

The injury happened when the firefighter was making an interior check of a home in the 1700 block of 5th Avenue for the fire that was called in at around 3:15 p.m.

No one was inside the single family, two-story structure when firefighters arrived.

It is unknown at this time if anyone lived at the home, Port Arthur Fire Chief Greg Benson said.

Responding units reported a large column of black smoke and said the fire was fully involved on the front and left side, which appeared to be a carport.

Flames were visible out of the carport area and house as firefighters got to the scene.