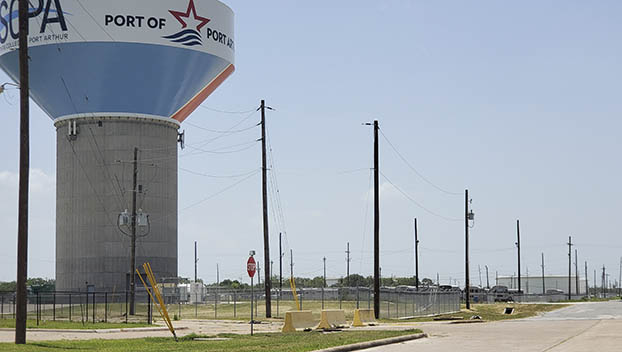 Concrete barriers block access from Terminal Road to West 15th Street. The city had the barriers placed after receiving complaints from residents concerned for the safety of children in the area due to vehicles using the road as a way to get around a rough Gulfway Drive. (Mary Meaux/The News)

A set of concrete barriers strategically placed to keep refinery traffic from flowing into a neighborhood seems to be working, officials say.

Port Arthur Councilman Donald Frank said the city has not had any more complaints from residents about safety in the impacted area since the barriers were placed in late May.

The barriers block access from Terminal Road to West 15th Street in an effort to force motorists down Gulfway Drive instead.

Frank said the city heard complaints from neighbors in the area who worried the flow of vehicles were placing children in danger.

A city park with playground equipment is located at Terminal Road and Gulfway Drive. There are several schools in the area, homes and an apartment complex. 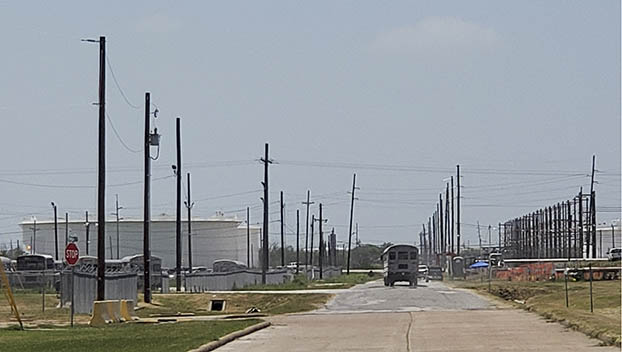 Terminal Road on the city’s West Side is heavily traveled. (Mary Meaux/The News)

Frank said the installation of the barriers could only help the situation and divert traffic flow to more heavily traveled roads.

When the barriers were put in place last month, City Manager Ron Burton said it was the first of several plans created to help with traffic flow.

Officials are monitoring the area to ensure motorists don’t travel to other residential roads, he added.

Further down Terminal Road heading toward Texas 82 are several park-and-ride lots, where workers park and take a bus to and from a job site. Texas 87 and Texas 82 are busy roads for workers in local industrial facilities.

One ray of sunshine, as Frank called it, is news of the upcoming continuation of work on Gulfway Drive.

Construction work on several miles of road has been in limbo for a few months. Gulfway Drive is also Texas 87 and is a state highway, making it the responsibility of the Texas Department of Transportation.

“For whatever reason (TxDOT) moved their resources and work to another area and that became a grave concern in city council chambers and meetings. The mayor took them to task and shared with them the great displeasure the citizens of Port Arthur had with that,” Frank said.

City Council on May 10 requested a representative from the Texas Department of Transportation to discuss the lack of progress on the Gulfway Drive construction project proposed last year.

A TxDOT representative said paving was the reason construction was halted on the 2.5-mile stretch from Woodworth Boulevard to Texas 82.