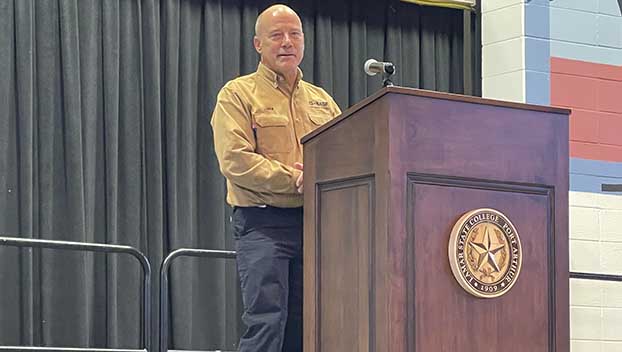 With roughly 150 million tons of plastic projected to enter the oceans by 2025, BASF TotalEnergies Petrochemical has implemented a plan to reduce that number by using a steam cracker to melt and recycle it into saleable products.

“Nearly 400 million tons of plastic waste is generated globally each year,” said John Lycan, vice president of operations and plant manager for BASF TotalEnergies Petrochemicals. “This is expected to reach 12 billion tons by 2050. That’s a lot of plastic.”

Lycan spoke Wednesday at the Contractors Business Development Group Meeting. Sponsored by the Greater Port Arthur Chamber of Commerce, the group meets on the second Wednesday of each month at the Carl A. Parker Multipurpose Center. 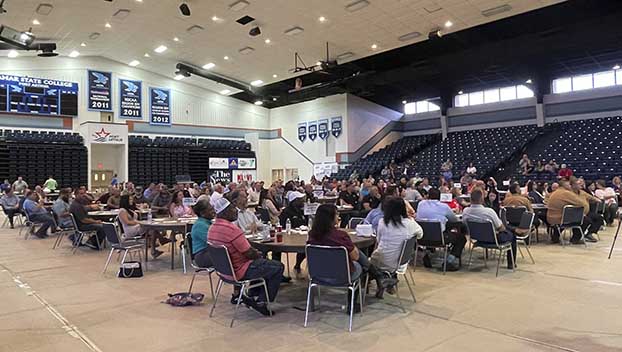 The Contractors Business Development Group Meeting is held on a monthly basis at the Carl A. Parker Multipurpose Center. (Monique Batson/The News)

The plan to reduce plastic waste, he said, will be implemented in the fourth quarter of the year.

Lycan also spoke on the history and future plans for the Port Arthur site.

BASF operates five steam crackers worldwide, according to information from the company.

“When we built this thing, it was certainly the largest,” he said. “I would say…when we built it, it was kind of the kickoff of the local buildup in our industry over the last 20 years. I think over time a lot of other people have also been able to enjoy that prosperity that we enjoy here in Port Arthur.”

“The BASF TotalEnergies facility in 1998 was the first billion dollar project in Southeast Texas, and since that time, of course, we’ve had billions and billions spent,” she said. “But it really did start the ball rolling.”

Lycan said currently there are 253 BASF employees with a plan for 267 by the end of 2022. At any given time, there are also 250 constrictors on the site, which requires approximately $122 million to operate each year. The facility has produced 4.3 billion pounds of chemicals each year in the last five years.