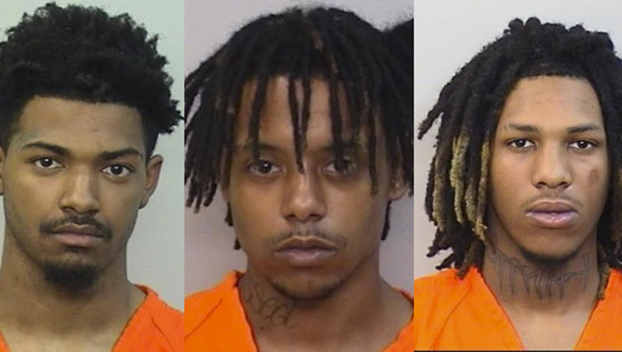 A Port Arthur man remains in a Louisiana jail after he and two others allegedly opened fire on multiple vehicles in Lake Charles.

Javin U. Green, 19, was arrested May 22 at approximately 2 a.m. in Lake Charles. According to information from the Calcasieu Parish Sheriff’s Office, deputies were working security detail near Common Street when they heard gunshots. As they approached the parking lot, they saw a vehicle speed away.

The car was stopped shortly after and a search revealed a firearm in the backseat.

Arrested with Green were Marcus D. Watley, 18, and Ali M. Vital, 19, both of Lake Charles.

Deputies searched the area of the shooting and found multiple shell casings in the area in which they had seen the speeding car. An investigation revealed approximately five vehicles had been hit by gunfire.

All three men were charged with give counts of aggravated criminal damage to property and given $45,000 bonds.

Watley and Vital also remain in the Calcasieu Correctional Center.