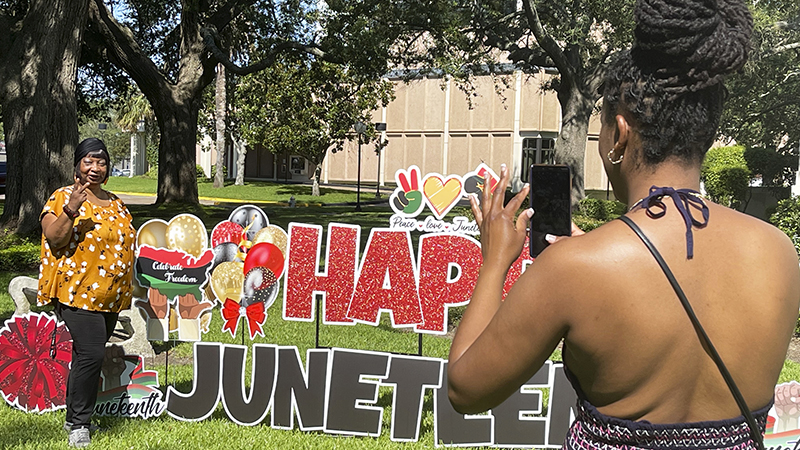 The upcoming Juneteenth Celebration in Port Arthur will be as much about the future as it is the past, as the organization has partnered with the office of Commissioner Michael Sinegal to incorporate a jazz event.

“Before COVID, I did something called Lunch in the Park,” Sinegal said. “This time it’s going to be called Jazz in the Park.”

He opted to host the event with a jazz band and food trucks alongside the Juneteenth events to extend the celebration.

“I just try and bring some life back into downtown,” he said. “There’s a lot of things happening in Downtown Port Arthur now.”

The commissioner cited the Motiva expansion, the renovation of the former Port Arthur News building and expansion at Lamar State College Port Arthur as examples.

“It looks like life is coming back to downtown, and I just try to add to it,” he said.

The festivities begin with the flag raising ceremony at 10 a.m. June 10 at the sub-courthouse on Lakeshore Drive.

Storyteller Laura Cashmore will also be on site.

“She’s a quilter, so her whole way of telling stories is putting stories together with quilts,” said Carolyn Thibodeaux, an organizer of the event. “And we’ll have a table set up for the kids to have some fun afterwards. It’ll be an all morning, all day family history day. Just history and fun.”

Thibodeaux, who serves as children’s librarian for the Port Arthur Public Library, has also set up a display at the facility for Juneteenth books and artifacts. 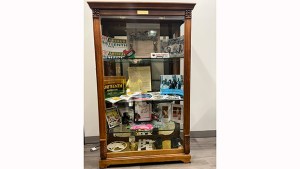 The Port Arthur Public Library currently has a display on Juneteenth. (Courtesy photo)