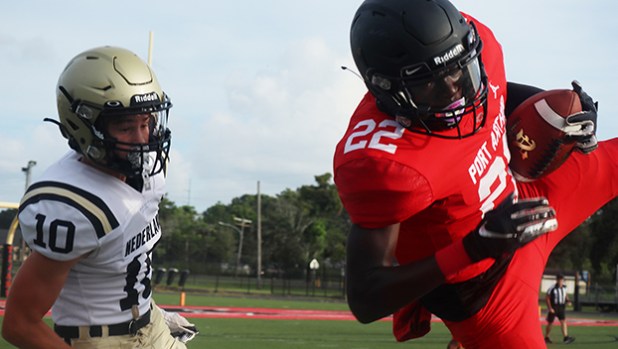 Daevon Iles soars through the air to break up a pass. (Chris Moore/The News) 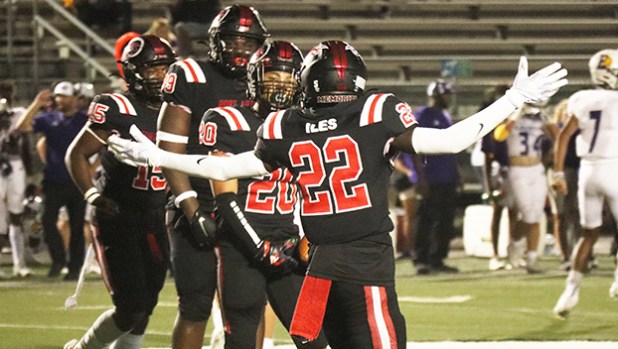 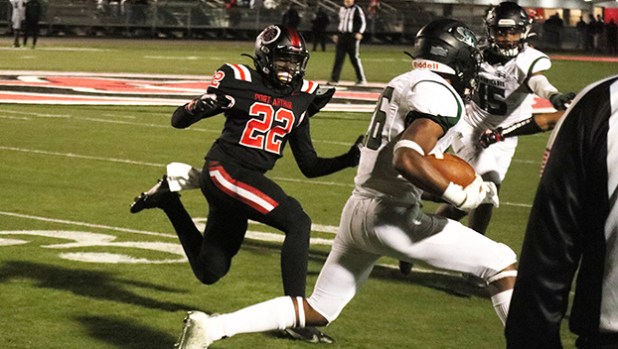 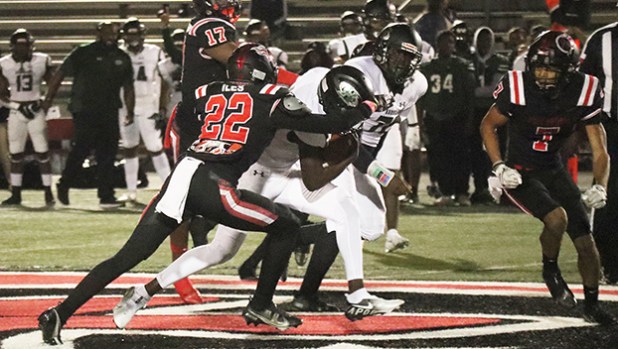 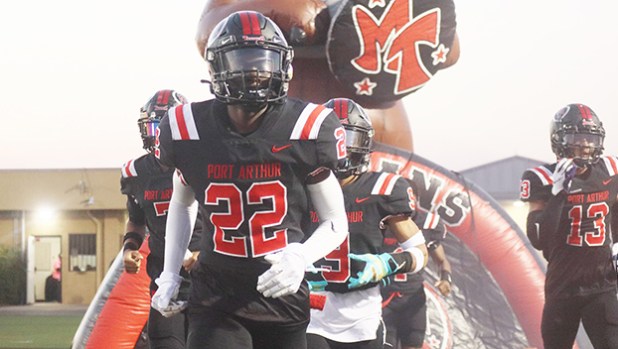 Daevon Iles takes the field for the Titans during his sophomore season. (Chris Moore/The News)

A senior-heavy Memorial Titans squad had an unlikely leader this past season.

With scholarship players all over a dominant defense, Memorial Head Coach Brian Morgan turned to a sophomore to get the secondary lined up.

Daevon “Newton” Iles earned his nickname after transferring from Newton his freshman season. The safety returns along with a few other starters from last year’s squad that held the district’s top-ranked defense.

Morgan said all of the mental and character attributes mixed with his size and skill make Iles the perfect player.

“He is a long athlete that can run,” Morgan said. “He really used this track season to get faster. He has a huge upside to him.”

Iles said he had to get comfortable in his role with the team.

“I was definitely nervous,” he said. “After my first game, I knew I had my brothers beside me. I was good after that. I felt like the game slowed down for me in our second game against Barbers Hill. I was able to see how fast paced it was and get used to it.”

“It made me feel like he believed in me,” he said. “I knew he thought I could get the job done.”

Now, the incoming junior said he priorities are what keeps him grounded.

It is all about time management.

“Get your work done,” he said. “Football is not going to come first. Get the work done and then go play football. That is all it is.”

Morgan said Iles might have to study engineering at one of the nation’s big football programs.

Iles received his first scholarship offer from Incarnate Word. Morgan said it will be the first of many for Iles.

“He is a high-level Power Five football player,” Morgan said. “He is only going to continue to improve. He is a legit Power Five safety.”

The safety said he tries to model his game after former Seattle Seahawks thumper Kam Chancellor.

Right now, Iles is more focused on the high expectations the Titans face each year.

“We know the expectations are high,” he said. “We are supposed to go deep into the playoffs. I feel like we have to step up and do what we have to do to play ball.”

Morgan said Iles is not a loud leader, but he is a great example.