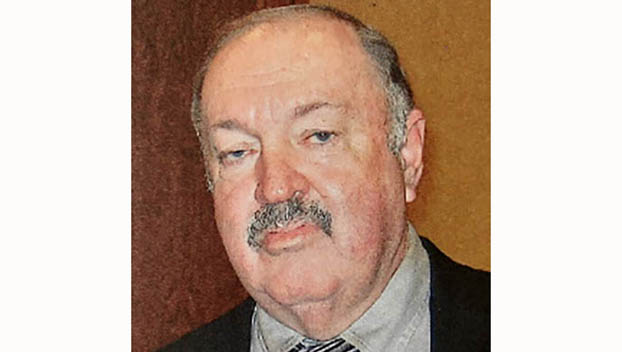 If experience is life’s greatest teacher, Larry “Doc” Southard could have taught a master class for sports medicine.

The local sports scene is mourning the loss of Southard, who died at 75 this week at a local hospital.

“He had a personality that was hard to beat,” longtime sports writer Tom Halliburton said. “He was very approachable. Nobody in the area questioned his knowledge of doctoring and rehabbing athletes. He was the godfather of this area when it comes to being a knowledgeable guy.”

He then earned a Master of Science in Education from East Texas State University and became a NATA-certified athletic trainer. In 1978, Southard moved to Port Arthur and was the athletic trainer at Stephen F. Austin High School until 1999.

In 1994, he helped to found the Athletic Trainers of the Golden Triangle and served as its executive director.

Following his “retirement” in 2011, Southard continued to work as an athletic trainer on an ad-hoc basis for various sporting events at schools in the Golden Triangle, including Lamar State College-Port Arthur, East Chambers and Little Cypress-Mauriceville.

Halliburton first met Southard while he was at Stephen F. Austin but got to know him more when he worked alongside Larry Neumann at Nederland.

“I know Larry Neumann felt like Doc was his right-hand man,” Halliburton said. “Wherever you found a good sporting event somewhere, you could practically count on him, if a circumstance arrived, to be there.”

Nederland Head Coach Monte Barrow got to know Southard as an assistant coach for the Bulldogs. Barrow said Southard still worked various games for Nederland as recently as last year.

“Everybody in the profession respected him,” Barrow said. “He has done it all and seen it all. He would be on the sideline with about eight water bottles. He came from a era when it was just him. Even though he had help now, he was just used to doing something if it needed to be done. He was one of the nicest guys you will ever meet.”