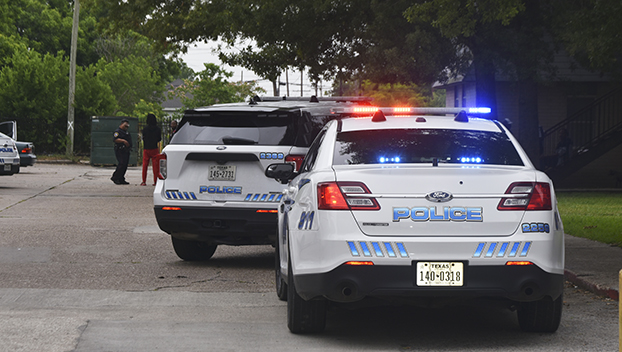 Police cars line the parking lot Monday in an area of the complex, where a fatal shooting took place. (Mary Meaux/The News)

Authorities have identified the woman who died three days after being shot in Port Arthur.

Port Arthur Police described Carter as a bystander in a dispute at the complex but have not determined if the shooting was intentional or accidental.

A 40-year-old man injured in the shooting has been released from the hospital following treatment.

Those with information about the shooting can call Crime Stoppers of Southeast Texas at 409-833-TIPS or submit information by downloading the P3 Tips app on a smart phone.

Tipsters are anonymous and could be eligible for a cash reward.