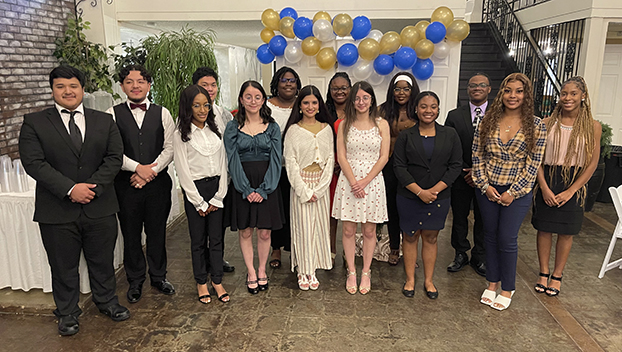 More than $16,000 in scholarships were gifted to students from Bob Hope High School, Memorial High School, Sabine Pass High School, Tekoa Academy of Accelerated Studies and Wilson Early College High School during the event, which took place at The Courtyard in Groves.

Each of the students in attendance spoke to the crowd of parents, school officials and Rotarians about their future plans.

Josabet Gutierrez, who attends Memorial High School, will be attending Texas Southern University and ultimately hopes to become a history teacher while working to move into administration.

“My own personal goal is to affect the lives of many students, because in Port Arthur lately I’ve been seeing a lot of my classmates that passed away in the news and students that threw their lives away and are now in prison in the news,” he said. “I would like to make a change in my community.”

Guiterrez also spoke about his hopes to eventually start an outreach organization in Port Arthur.

“I come from a lower-income family, so I know the struggle that one goes through, not having enough money for food or the bills every day,” he said. “I would like to help kids that come from the same family like I came from. And I’d like to eventually start my own scholarship for students in this area.”

More than 80 applications from Port Arthur students were submitted to the Rotary Club for scholarship consideration. From there, a committee reviewed each application, grading students on presentation, grade point average, essays and other points. 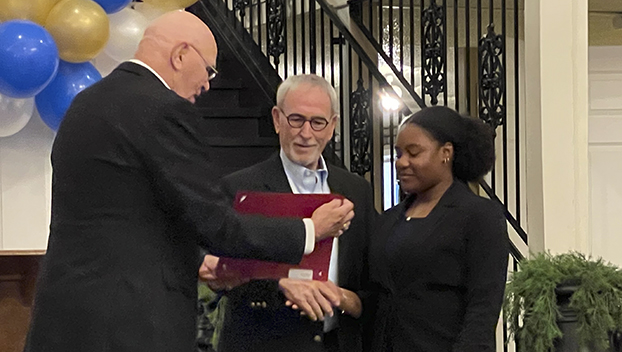 Those chosen from Tekoa Academy of Accelerated Studies were Prentice Altaf and Anthonnaya Prevost.